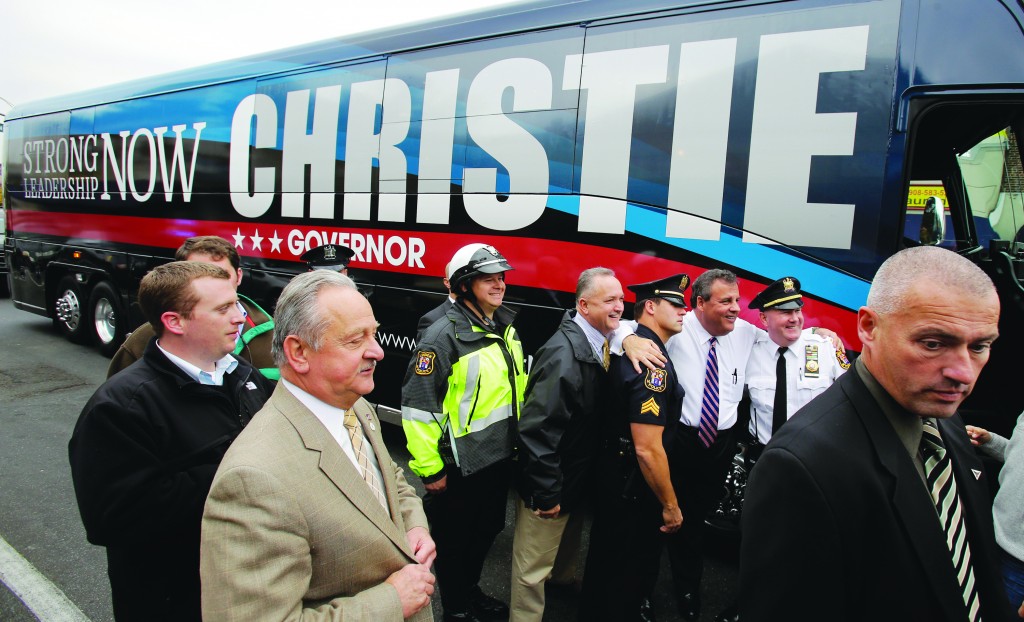 New Jersey Gov. Chris Christie threw himself into the final week of his re-election effort Wednesday by boarding a campaign bus that will make 45 stops through Election Day next week.

“I feel very good,” Christie said as he was mobbed by supporters in Livingston, where he grew up. “We’re just going to work right through to the end. I’m happy to be on the bus and get going now, and put this to a finish.”

His challenger, Democrat Barbara Buono, is taking a different approach. As the underdog to the popular incumbent, Buono did back-to-back broadcast interviews Wednesday, attempting to reach a large audience as inexpensively as possible.

Christie, considered a strong potential contender for the GOP nomination for president in 2016, is trying to drive voter turnout in what he hopes will be a landslide victory to show that a Republican can win big in a Democratic-leaning state. Polls consistently show him dominating the governor’s race.

At the diner, the governor, 51, shook hands, joked, posed for cellphone pictures and signed autographs. Linden Mayor Richard Gerbounka, an independent, accompanied Christie through the business district after meeting him at the bus and endorsing him. Gerbounka said Christie helped the municipality secure a $1 million grant to beautify the area around a mass-transit hub and $5 million for improvements to the heavily traveled intersection of Routes 1 & 9 and 278 that had been stalled for 20 years.

Buono said such tactics helped Christie strong-arm endorsements from 50 Democrats — either by helping local officials secure a pet project or throwing up roadblocks to prevent it.

She acknowledged Christie’s everyday appeal but used it to warn voters, too.

“Don’t confuse being likable with being on your side,” she said. She says Christie is more interested in aspiring to national office than running New Jersey, and that his term has amounted to “form over substance.”