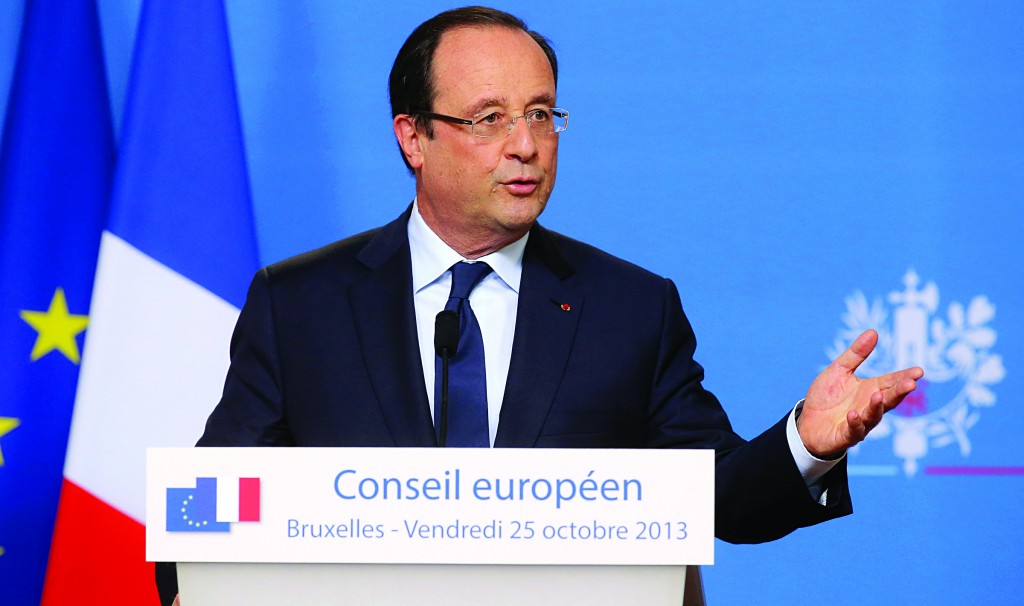 The Knesset does not take this kind of thing lying down.

That was Knesset Speaker Yuli Edelstein’s message to French President Francois Hollande on Wednesday after the latter snubbed the Israeli parliament by agreeing to address university students while skipping the Knesset during his upcoming visit to Israel.

Edelstein declared that Hollande was no longer welcome in the Knesset.

“Whoever disrespects the Knesset does not deserve the Knesset’s respect,” Edelstein said in a statement. “International leaders cannot belittle the Knesset, the elected parliament of the state of Israel, and ignore it. As speaker of the Knesset I am determined to protect the dignity of our nation and its representatives, the MKs. I will not allow Israeli democracy to be humiliated and turned into a doormat.”

Previous French Presidents Nicolas Sarkozy and Jacques Chirac gave speeches in the Knesset, and Hollande was scheduled to do so as well, but canceled.

The retaliation will not stop with Hollande, either. New French Ambassador to Israel Patrick Maisonnave will not be invited to any official Knesset ceremonies, nor will any other French dignitaries or ministers visiting Israel, The Jerusalem Post reported.

“There are plenty of events in universities. I’m sure French officials will be too busy to find time for the Knesset,” Edelstein said.

A French Embassy spokeswoman said she was “surprised” at Edelstein’s reaction, because Hollande’s schedule has not yet been finalized.

“There is no need to react like this. The president wants to show his attachment to Israeli democracy and its representatives and wants to go to the Knesset. We are in touch with the Knesset to find the best time for [Hollande] to come, working with the Knesset’s scheduling constraints. We’re working on options and trying to be accommodating,” she said.