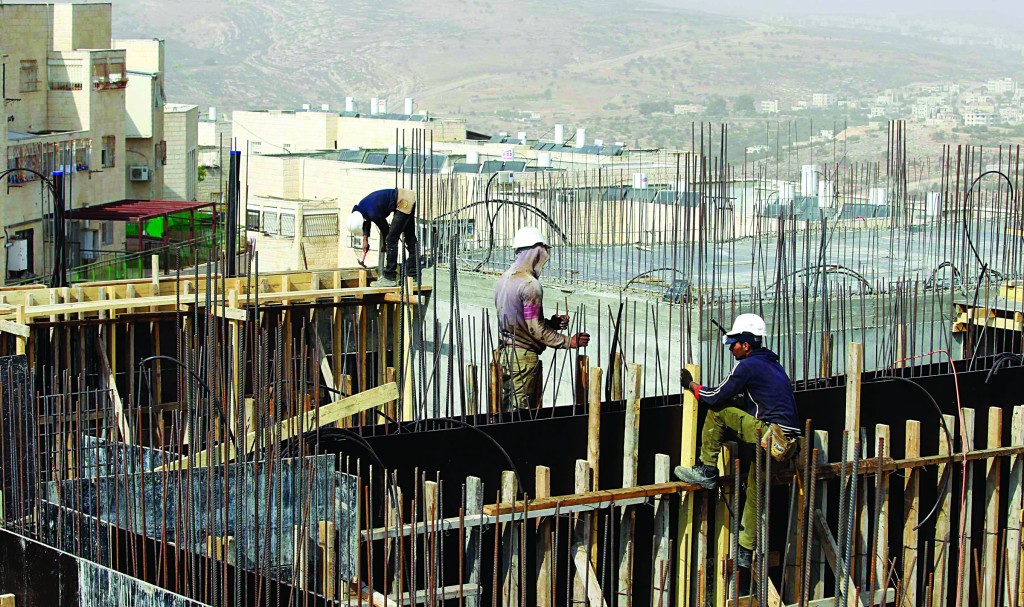 Israel on early Wednesday announced plans to build 1,500 new homes in east Yerushalayim, just hours after it freed 26 Palestinian prisoners as part of a deal to set peace talks in motion.

The construction was seen as an attempt by Prime Minister Binyamin Netanyahu to make up for the prisoner release, for which he has been sharply criticized at home. The prisoners were convicted of murdering Israelis and other terrorist acts.

Netanyahu said the decision was “compensation” for the prisoner release, according to  media reports.

Interior Ministry spokeswoman Lital Apter said Wednesday that the 1,500 apartments would be built in Ramat Shlomo, in east Yerushalayim. In addition, current apartment owners there will be allowed to expand their homes with another room to the size of 50 square meters.

She said Israel also plans to develop an archaeology and tourism site near the Old City.

Under a compromise brokered by U.S. Secretary of State John Kerry, the Palestinians agreed to resume talks in late July after Israel agreed to the release of the longest-serving Palestinian prisoners. The Palestinians, in return, agreed that Israel could continue building, though they have not stopped them from issuing condemnations and threats that additional construction could crash the talks.

Abbas spokesman Nabil Abu Rudeina said the announcement “destroys the peace process and sends the international community the message that Israel does not respect international law.”

Danny Danon, a right-wing Likud minister, condemned the release. “It is tough to see terrorists celebrate when their place is either under the ground or in jail,” Danon told Israel Radio, adding that the release sends the wrong message to young Palestinians.

Also, critics in Netanyahu’s coalition said he could have avoided the release if he had accepted Palestinian demands to stop construction over the Green Line or base negotiations over the borders of a future Palestinian state on Israel’s pre-1967 lines.

In Yehudah and Shomron and Gaza, thousands celebrated long into the night as they welcomed the prisoners. Palestinian Authority President Mahmoud Abbas greeted them at a ceremony at his Ramallah headquarters.

“There will be no final agreement without the release of all the prisoners,” Abbas told the raucous crowd.

In a separate development, a PA official in Ramallah denied a report that Abbas had “softened” his opposition to an interim agreement, and would not rule it out, as he had in the past. He said late Tuesday that Abbas’s position remains unchanged.

Following the denial, Israeli officials said that both sides must be realistic, and that if a permanent agreement is not obtainable at this juncture, an “all or nothing” situation needed to be avoided, The Jerusalem Post reported.