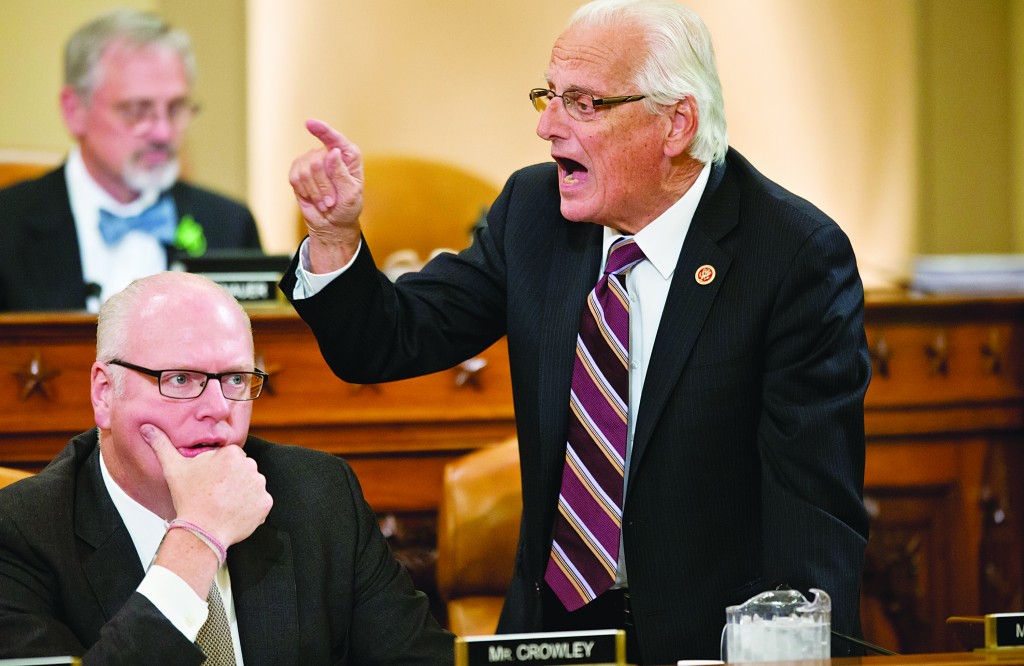 Move over, website woes. Lawmakers confronted the Obama administration Tuesday with a difficult new health-care problem — a wave of cancellation notices hitting individuals and small business who buy their own insurance.

At the same time, the federal official closest to the website apologized for its dysfunction in new sign-ups and asserted things are getting better by the day.

On Monday the administration granted a six-week extension until March 31 for Americans to sign up for coverage next year and avoid new tax penalties under the president’s health care overhaul law.

Medicare chief Marilyn Tavenner said it’s not the administration but insurers who are responsible for cancellation letters now reaching many of the estimated 14 million people who buy individual policies. And, officials said, people who get cancellation notices will be able to find better replacement plans, in some cases for less.

The Associated Press, citing the National Association of Insurance Commissioners, reported in May that many carriers would opt to cancel policies this fall and issue new ones. Administratively that was seen as easier than changing existing plans to comply with the new law, which mandates coverage of more services and provides better financial protection against catastrophic illnesses.

While the administration had ample warning of the cancellations, they could become another public relations debacle for President Barack Obama’s signature legislation. This problem goes to the credibility of one of the president’s earliest promises about the health care overhaul: You can keep your plan if you like it.

In the spring, state insurance commissioners started giving insurers the option of canceling existing individual plans for 2014, because the coverage required under Obama’s law is significantly more robust. Some states directed insurers to issue cancellations. Large employer plans that cover most workers and their families are unlikely to be affected.

The cancellation notices are now reaching policyholders, and they’ve been complaining to their lawmakers — who were grilling Tavenner on Tuesday.

“Based on what little information the administration has disclosed, it turns out that more people have received cancellation notices for their health care plans this month than have enrolled in the (health care website),” said Ways and Means Chairman Dave Camp, R-Mich. He cited a news report of 146,000 cancellations in his state alone.

Up and down the dais, lawmakers chimed in with stories of constituents who had received similar notices. Republicans also offered examples of people being asked to pay more.

Democrats countered by citing constituents who had been able to find lower-cost coverage for 2014 than they have now, some saving hundreds of dollars a month. Ranking Democrat Sander Levin of Michigan said one of his constituents has been paying $800 a month for a BlueCross BlueShield plan and managed to find comparable coverage for $77, after tax credits that lower the premiums.

Still, Levin added, “This has become a matter of legitimate discussion.”

It could take months to sort out the balance of individual winners and losers. There’s not a central source of statistics on how many people have gotten cancellations. Even the number of people who buy insurance individually is disputed.

It isn’t the administration’s fault, said Tavenner. “In fact the issuer has decided to change the plan; (they) didn’t have to.”

Change is a constant in the individual insurance market, she added, and about half of plans “churn” over in any given year.

Obama’s promise dates back to June of 2009, when Congress was starting to grapple with overhauling the health care system to cover uninsured Americans.

Some immediately saw the promise as too broad for Obama to deliver on, given that health plans are constantly being changed by the employers that sponsor them or by insurers directly.

Nonetheless, Democrats in Congress devised a complicated scheme called “grandfathering” to try to make good on Obama’s pledge. It shields plans from the law’s requirements, provided the plans themselves change very little. Insurers say it has proven impractical.

Republicans were not alone in raising concerns at Tuesday’s hearing. But Democrats put their complaints in the context of addressing problems so the law can deliver its historic promise of coverage to millions of uninsured people.

Tavenner delivered the most direct mea culpa yet from the administration for the technical problems that have kept many Americans from signing up through HealthCare.gov.

“I want to apologize to you that the website has not worked as well as it should,” she told the committee.

The first senior official to publicly answer questions from lawmakers, Tavenner was pressed not only on what went wrong with HealthCare.gov, but also whether lawmakers can trust recent promises that things will be running efficiently by the end of November.

She declined to provide current enrollment numbers, saying repeatedly they will not be available until mid-November. But she did try to lower expectations of a strong initial sign-up. “We expect the initial number to be small,” Tavenner said.

An internal memo obtained by The Associated Press showed that the administration expected nearly 500,000 uninsured people to sign up for coverage in October, the program’s first month. Committee chairman Camp told Tavenner that by his math, the administration appears headed for less than a fourth of that.

Outside contractors testified last week that there hadn’t been sufficient time to test the complex online enrollment system, which froze the day it was launched, Oct. 1.

The website is supposed to be the online portal to coverage for people who don’t have health plans on the job. Its audience is not only uninsured Americans but those who already purchase coverage individually. A companion site for small businesses has also run into problems.

Under the law, middle-class people can qualify for tax credits to make private health insurance more affordable, while low-income people will be steered to Medicaid in states agreeing to expand that safety net program.