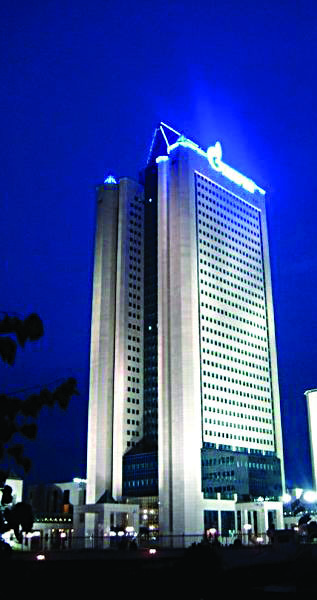 In the course of denying a deal in the works whereby Russia would cease shipments of weapons to the Syrian regime in exchange for an Israeli commitment not to export gas to Europe, the Israeli government confirmed the Russians are pursuing an interest in Israeli gas development, Globes reported.

Meretz chairwoman MK Zahava Gal-On submitted a question in writing to Prime Minister Binyamin Netanyahu asking if it was true that he had discussed such a Russian-Syrian quid pro quo with Russian President Vladimir Putin.

Gal-On was not mollified. “Instead of using natural gas as a lever for economic welfare and even peace, the prime minister and his emissaries are in secret negotiations with the nation of oligarchs,” she told Globes.

The Russian energy giant Gazprom has long sought a foothold in the Israeli, Cypriot, and Greek energy markets, but without much success.

A year ago, Gazprom expressed an interest in acquiring 30 percent of the rights in Israel’s Leviathan gas field, but it didn’t come to fruition due to U.S. objections.

When Ariel Sharon was prime minister, he endorsed a proposal for Gazprom to construct a pipeline to Israel from Turkey, but then-Minister of National Infrastructures Yosef Paritzky objected.

In an interview on Tuesday, Paritzky said: “When I was Minister of National Infrastructures in 2003, I met, at the request of the prime minister at the time, with Gazprom representatives. Although Ariel Sharon was prepared to favorably consider its entry to Israel, I objected. I did not then, and I do not want now, for Israel to be under political pressure from Russia because of Gazprom’s control of its energy sources. I hope that the prime minister will be wary of this now.”