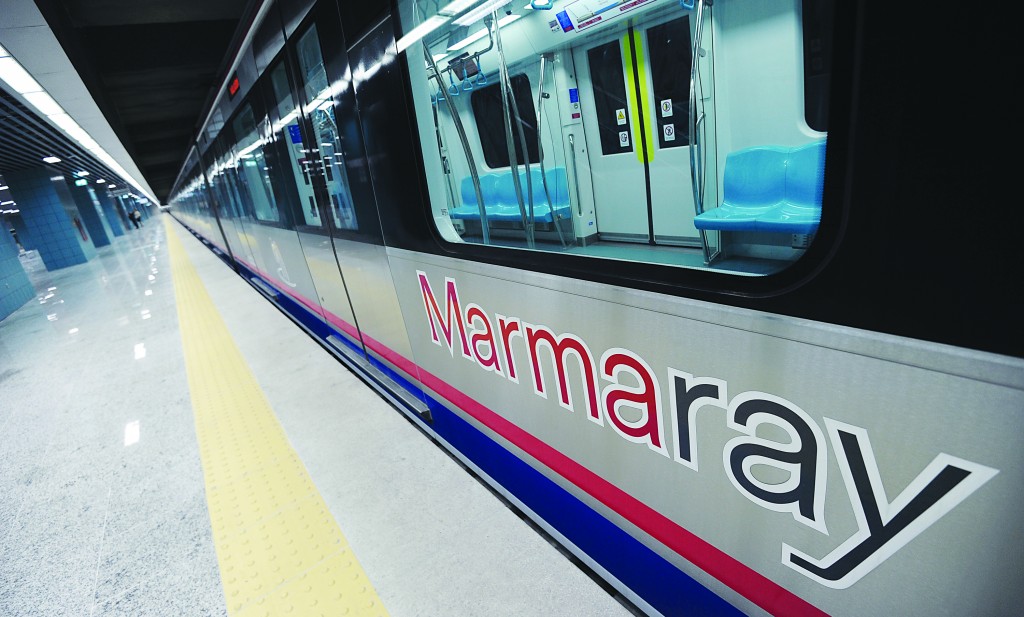 Turkey has opened an underwater railway tunnel linking Europe and Asia, and the two sides of Istanbul, realizing a plan initially proposed by an Ottoman sultan about 150 years ago.

The Marmaray tunnel runs under the Bosporus, the strait that connects the Black Sea to the Sea of Marmara and divides Istanbul between Asia and Europe. The tunnel is 13.6 kilometers (8.5 miles) long, including an underwater stretch of 1.4 kilometers (4,593 feet).

It is among a number of large infrastructure projects under the government of Prime Minister Recep Tayyip Erdogan that have helped boost the economy but also have provoked a backlash of public protest.

“I wish from G-d that the Marmaray that we are inaugurating will be a benefit to our Istanbul, to our country, to all of humanity,” Erdogan said at the opening ceremony.

Officials hope that with up to 1.5 million passengers a day, the tunnel will ease some of Istanbul’s chronic traffic, particularly over the two bridges linking the two sides of the city. A more distant dream is that the tunnel may become part of a new train route for rail travel between Western Europe and China.

The underwater portion of the tunnel wasn’t dug, but was dropped in sections to the sea bottom the immersed-tube method used around the world. Turkish officials say that at more than 55 meters (180 feet) deep, it is the world’s deepest railway tunnel of its type.

Started in 2005 and scheduled to be completed in four years, the project was delayed by important archaeological finds, including a 4th century Byzantine port, as builders began digging under the city.

Rejecting any fears that the tunnel could be vulnerable to earthquakes in a region of high seismic activity, Turkish Transportation Minister Binali Yildirim said that it is designed to withstand a massive 9.0 magnitude quake. He calls it “the safest place in Istanbul.”

The tube sections are joined by flexible joints that can withstand shocks.

Ottoman Sultan Abdulmejid is said to have proposed the idea of a tunnel under the Bosporus about a century and a half ago. One of his successors, Abdulhamid, had architects submit proposals in 1891, but the plans were not carried out.

The tunnel is just one of Erdogan’s large-scale plans. They include a separate tunnel being built under the Bosporus for passenger cars, a third bridge over the strait, the world’s biggest airport, and a massive canal that would bypass the Bosporus.

The projects have provoked charges that the government is plunging ahead with city-changing plans without sufficient public consultation. The concern fueled protests that swept Turkey in June.

Tuesday’s ceremony on the 90th anniversary of the founding of the Turkish Republic was attended by Erdogan and other officials, including Japanese Prime Minister Shinzo Abe, whose country was heavily involved in the construction and financing of the railway tunnel project.