Regional A Year After Sandy, a Slow Recovery for Thousands
Regional 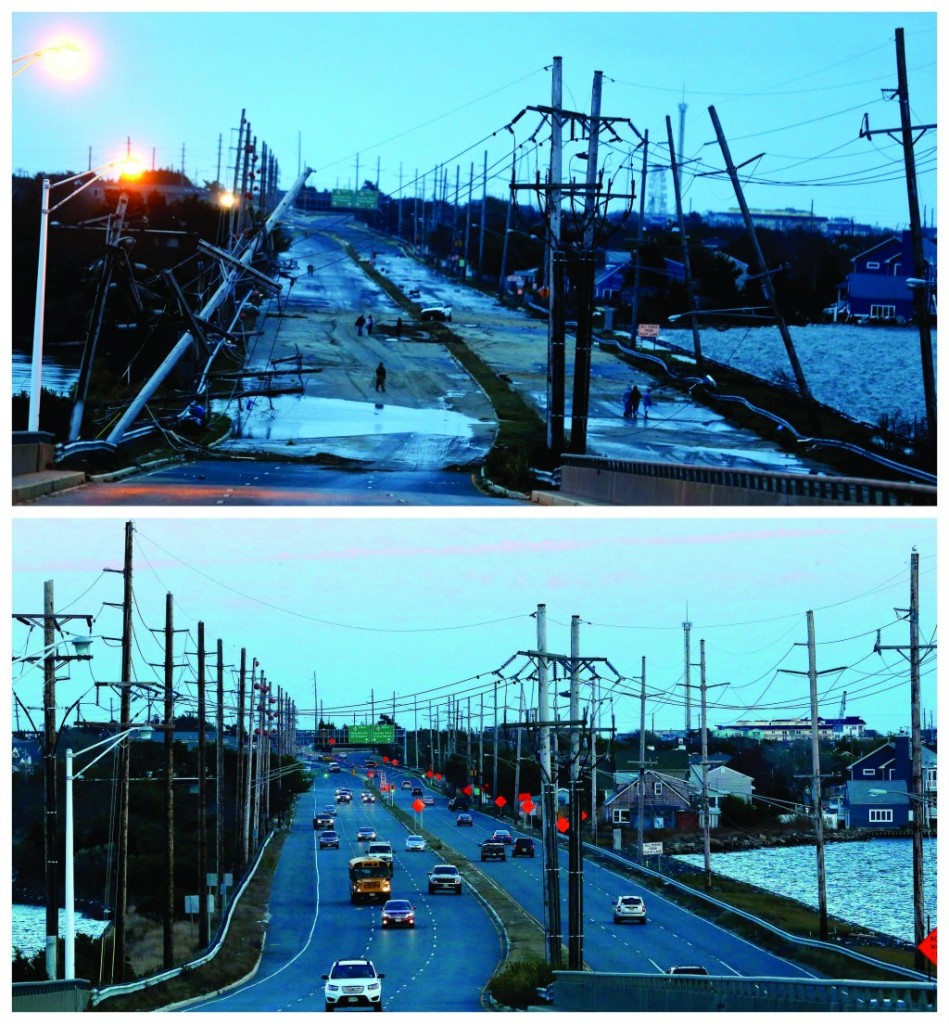 A year after Superstorm Sandy catastrophically flooded hundreds of miles of eastern U.S. coastline, thousands of people still trying to fix their soaked and surf-battered homes are being stymied by bureaucracy, insurance disputes and uncertainty over whether they can even afford to rebuild.

Billions of dollars in federal aid appropriated months ago by Congress have yet to reach homeowners who need that money to move on. Many have found flood insurance checks weren’t nearly enough to cover the damage.

And worse, new federal rules mean many in high-risk flood zones may have to either jack their houses up on stilts or pilings — an expensive, sometimes impossible task — or face new insurance rates that hit $10,000 or more per year.

“It’s just been such a terrible burden,” said Gina Maxwell, whose home in Little Egg Harbor, NJ. is still a wreck after filling with 4 feet of water. Contractors say it will cost $270,000 to rebuild — about double what the insurance paid out. The family doesn’t have the money.

“What do we do with this house? Just give them the deed back?” she said.

In Long Beach, a barrier-island city of 33,000 on the coast of New York’s Long Island, residents in some neighborhoods say half their neighbors have yet to return.

Sandy roared out of the Atlantic and struck the New York and New Jersey coasts on Oct. 29, 2012. The 1,000-mile-wide mashup of a hurricane and another huge weather system killed at least 182 people in the U.S., according to a count by The Associated Press, and caused an estimated $65 billion in damage.

Out of that chaos came remarkable stories of recovery. New York City’s submerged subways and tunnels sprang back to life with surprising speed. Beach boardwalks were rebuilt. Mountains of debris were removed. Flooded schools, nursing homes and amusement parks have reopened.

But for every success story, there are tales of continuing frustration.

On the Jersey shore, officials said that in the tiny seaside borough of Mantoloking, where the storm washed dozens of homes clean into Barnegat Bay, fewer than half the buildings in town had been repopulated.

The Small Business Administration authorized $2.4 billion in disaster loans to more than 36,000 households and businesses, though it has paid out only about a quarter of that to date as storm victims have tried to figure out whether they can or should take on more debt.

But for some people, it hasn’t been enough. Many had no flood insurance. And the process of getting federal aid money into people’s hands has been slow.