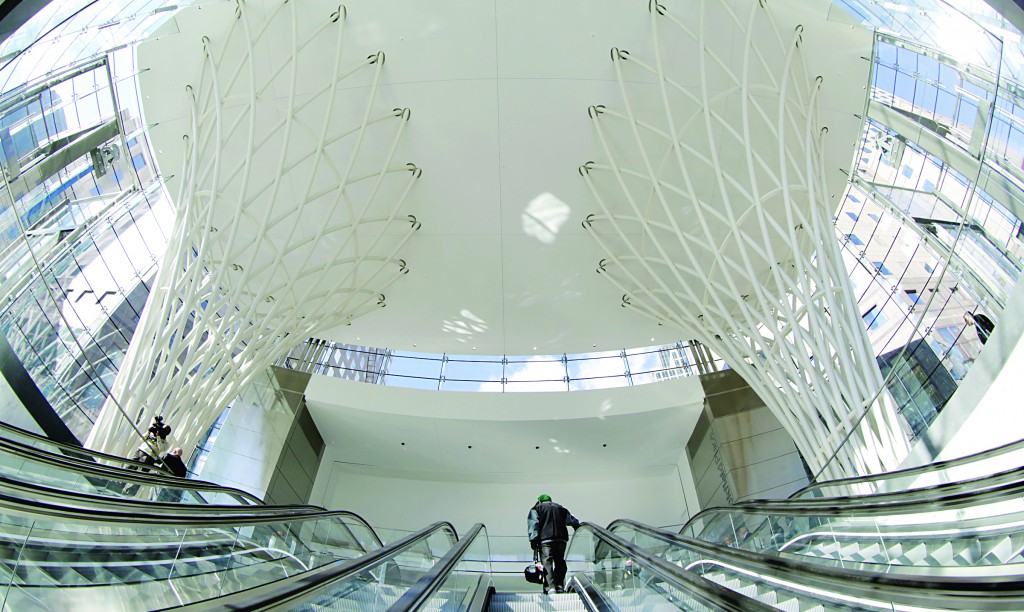 The first piece of a nearly $4-billion redevelopment of the World Trade Center transportation hub debuted Thursday with the official opening of an underground concourse that passes through an area that has been closed since 9/11.

The gleaming, marble-paved expanse is expected to smooth the way for tens of thousands of commuters and visitors. It will ultimately feature retail outlets, but it offers something new right now: a passageway that links businesses and ferry service to the west of the trade center site to New Jersey-bound PATH trains and the rest of lower Manhattan to the east.

Before Sept. 11, pedestrians used a bridge over heavily traveled West Street. Since the attacks destroyed the bridge, they’ve used a temporary bridge or crossed the streets at street level. The temporary bridge is being dismantled and is not in use.

“The original World Trade Center site eliminated the street grid because that was the fashion of the times,” Port Authority of New York and New Jersey executive director Patrick Foye said at Thursday’s ribbon-cutting. “This restores that street grid and adds an underground grid that literally spans the length of lower Manhattan.”

Foye noted that designing the $3.9-billion transportation hub, scheduled to be completed in 2015, provided the opportunity for a “do-over” of sorts that focuses more on linking multiple transit modes than the original hub. 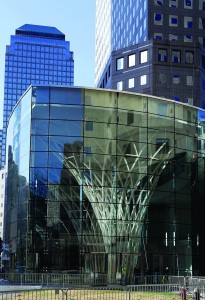 The station will connect the PATH rail system, ferry service, New York City subway lines and the Fulton Street Transit Center. Gone will be the days, Foye said, of commuters having to cross busy streets and trudge up and down stairs to make connections.

The first new PATH rail platform to replace the temporary platforms that have been used since Sept. 11 should open by the end of this year or early in 2014.