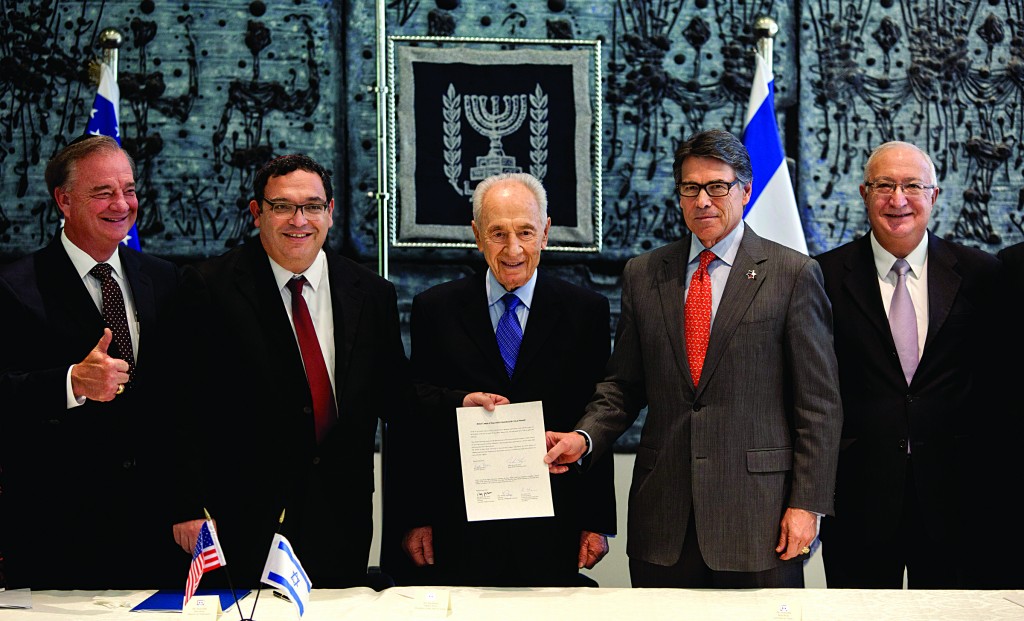 An agreement was signed Wednesday at the Yerushalayim residence of Israeli president Shimon Peres.

Perry is a proud Aggie graduate traveling Israel this week with Sharp, who said Tuesday that A&M will open a “peace university” in Nazareth, Israel’s largest Arab city.

Sharp says the university will foster “understanding and education and unity in Israel.”

Perry spoke Tuesday at a conference about how both Israel and Texas face the future challenge of finding fresh water.

The campus student body will be made up of a combination of Arab, Jewish and international students.

In time, the school will offer undergraduate, graduate and doctoral degrees in a range of academic disciplines.

“It is a great opportunity for Texas’s largest research university to be part of education opportunities in Israel,” Sharp said, “The goal of this university is to make education more accessible for Arab and Jewish people in the same way and also be a place that fosters more understanding between the parties.”

Texas A&M’s ‘peace campus’ will take over the activities of the Nazareth Academic Institute, which today serves Arab Palestinians.

NAI Senior Vice President Dr. Raed Mualem, told The Jerusalem Post on Wednesday that  the purpose of the new campus is provide opportunites for all students in the region, regardless of race, nationality or religion to acquire higher education.

If necessary he said, arrangements would be made to accept students from countries hostile to Israel, in the same way that Druse students whose families live in Israel pursue their university studies in Syria or Lebanon.

The Israel branch, which will cost over $70 million, joins several other international campuses established by Texas A&M, including one in Doha, Qatar.