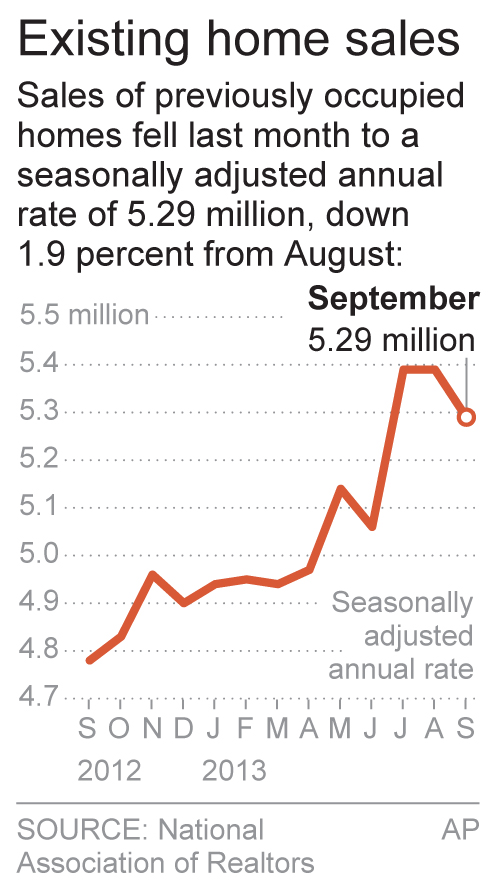 Americans bought fewer existing homes in September than the previous month, held back by higher mortgage rates and rising prices.

The National Association of Realtors says sales of re-sold homes fell 1.9 percent last month, to a seasonally adjusted annual rate of 5.29 million. That’s down from a pace of 5.39 million in August, which was revised lower. The sales pace in August equaled July’s pace. Both were the highest in four years and consistent with a healthy market.

Most economists expect housing will continue to recover, especially now that mortgage rates have stabilized in recent months. Final sales in September reflected contracts signed in July and August, when rates were about a percentage point higher than in May.

Home prices have risen about 12 percent in the past year.