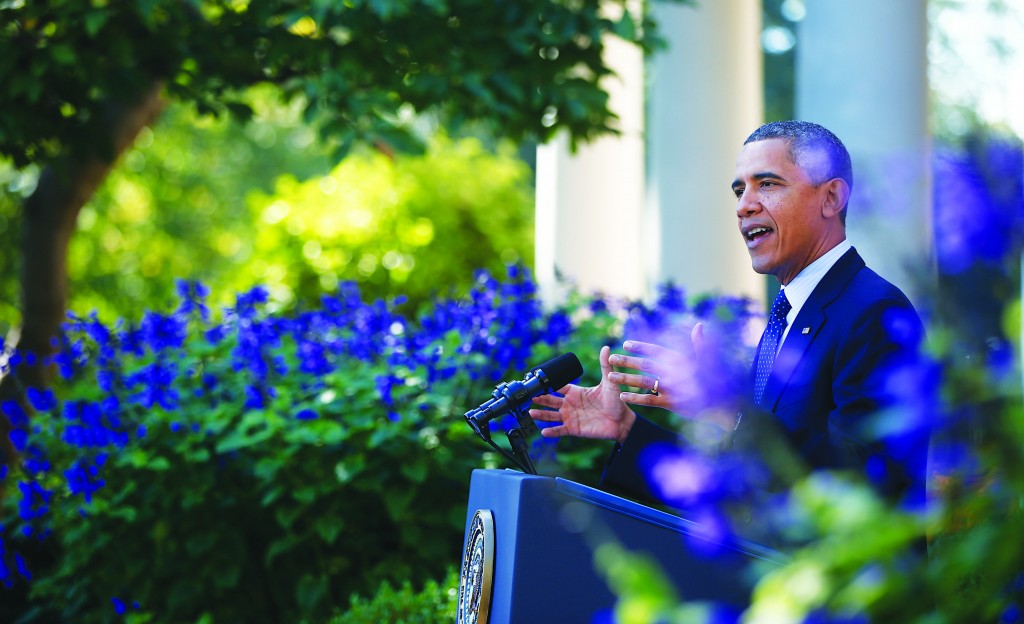 President Barack Obama on Monday offered “no excuses” — and little explanation — for the computer bugs still frustrating Americans who are trying to enroll online for insurance plans at the center of his health care law. But software developers tasked with building the site said they saw signs a year ago that the debut could fail.

One source of the troubles appears to be the testing procedures employed before the rollout three weeks ago. Several developers of the HealthCare.gov website told The Associated Press they were worried for months about the system’s readiness and whether the software meant to link key computer systems was being properly put through its paces.

In addition, congressional investigators raised concerns before the rollout that the Centers for Medicare and Medicaid Services had taken on the job of testing the computer systems for the new markets during the final weeks before the sign-ups opened Oct. 1. That job is often handled by specialized software companies.

Obama, who emphasized the website’s simplicity in the week’s leading up to the insurance sign-ups, admitted there could now be “no sugarcoating” the problems even as he talked up the benefits of the law at a Rose Garden event that had the feel of a pep rally.

“The website that’s supposed to make it easy to apply for and purchase the insurance is not working the way it should for everybody,” he said.

He insisted that the problems would be fixed and all Americans seeking insurance would be able to sign up. But it was not clear how quickly that would happen. The administration is beefing up call centers and encouraging more people to enroll over the phone while the website problems persist.

The flood of computer problems since the website went online has been deeply embarrassing for the White House. The glitches have called into question whether the administration is capable of implementing the complex policy and why senior White House officials — including the president — appear to have been unaware of the scope of the problems when the health insurance markets, known as exchanges, opened.

Obama stopped short of apologizing for the failures, saying instead that “nobody is more frustrated than me.”

Even as he spoke, more problems came to light. The administration acknowledged that a planned upgrade to the website had been postponed indefinitely and that online Spanish-language signups would remain unavailable, despite a promise to Hispanic groups that the capability would start this week.

The White House says additional technology experts from both inside and outside the government are being brought in to work on the failures.

Administration officials initially blamed heavy website traffic for the frozen computer screens that many people encountered when they first logged on. Since then, they have also acknowledged shortcomings with software and some elements of the system’s design, although the administration has yet to fully detail exactly what went wrong with the online system and who was responsible for the problems.

It appears the problems were well-known to some of those designing the system. One developer said that in the weeks leading up to the Oct. 1 launch, he and his colleagues huddled in conference rooms trying to patch deficiencies in computer code.

“It was an extremely tight deadline,” said the developer, who spoke on condition of anonymity because he was told not to talk to the news media about his work.

A review of internal structural diagrams obtained by AP also revealed the complexity of the system. The diagrams show that applicants must submit at least 50 pieces of personal information, including income and immigration status. That data is then connected to at least eight distinct federal computer systems, including the Social Security Administration and the Peace Corps.

The schematics from late 2012 show how officials preferred a “data services hub” — a traffic cop of sorts for managing information — instead of a setup that would have allowed state exchanges to connect directly to government servers when verifying an applicant’s information.

On Sunday, the Department of Health and Human Services said the data hub was working, but the initial consumer experience had not lived up to the public’s expectations. “We are committed to doing better.”

Administration officials have so far refused to say how many people have actually managed to enroll in insurance during the three weeks since the new marketplaces became available. Without enrollment numbers, it’s impossible to know whether the program is on track to reach the projections from the Congressional Budget Office, which estimated 7 million people would gain coverage during the first year the exchanges were available.

Officials have instead pointed selectively to figures putting the insurance exchanges in a positive light. They say more than 19 million people have logged on to the federal website and nearly 500,000 have filled out applications for insurance through both the federal and state-run sites.

Uninsured Americans have until about mid-February to sign up for coverage if they are to meet the law’s requirement that they be insured by the end of March. If they don’t, they will face a penalty.