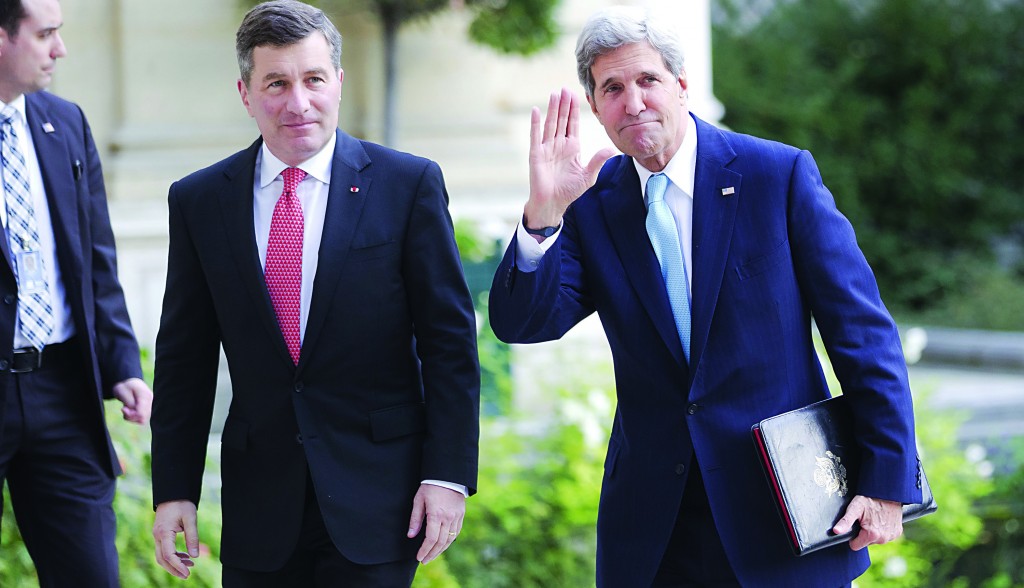 France joined a growing list of angry allies Monday who are demanding answers from the United States over aggressive surveillance tactics by the National Security Agency, this time, that it swept up — and in some cases recorded — 70.3 million French telephone calls and emails in one 30-day period.

Keeping tabs on allies is classic spycraft, but the sweep and scope of the National Security Agency program have irritated Germany, Britain, Brazil, and most recently Mexico and France.

Visiting Paris on an unrelated and previously scheduled trip for talks on the Middle East, Secretary of State John Kerry was unapologetic, but told reporters that the U.S. would discuss the matters privately with officials from France and other concerned countries.

“Protecting the security of our citizens in today’s world is a very complicated, very challenging task, … an everyday 24/7/365 task, unfortunately, because there are lots of people out there seeking to do harm to other people,” he said a news conference with Qatar’s foreign minister.

“We will have ongoing bilateral consultations, including with our French partners, to address this question of any reports by the U.S. government gathering information from some of the agencies and those consultations are going to continue,” Kerry said.

State Department spokeswoman Marie Harf said the U.S. already is reviewing its intelligence gathering to strike a “balance between the legitimate security concerns that our citizens have and the privacy concerns that we and our allies have as well about some of these alleged intelligence activities.”

“We certainly hope that it doesn’t” damage the United States’ close working relationship with France, she added.

In his meeting with Foreign Minister Laurent Fabius’ chief of staff, Rivken “expressed his appreciation of the importance of the exchange, and promised to convey the points made back to Washington,” said a statement released by the U.S. Embassy in Paris.

The level of the meeting, between the U.S. ambassador and an aide to Fabius suggested that while France was talking a tough line in public, it might not be overly outraged by the revelations. Kerry, who landed in Paris early Monday, could have been contacted if relations were in danger.

The report in Le Monde, co-written by Glenn Greenwald, who originally revealed the surveillance program based on leaks from former NSA contractor Snowden, found that when certain numbers were used, the conversations were automatically recorded. The surveillance operation also swept up text messages based on key words, Le Monde reported, based on records from Dec. 10 to Jan 7.

The French government, which wants the surveillance to cease, also renewed demands for talks on protection of personal data.

“This sort of practice between partners that invades privacy is totally unacceptable and we have to make sure, very quickly, that this no longer happens,” French Foreign Minister Laurent Fabius said during a meeting in Luxembourg with his European counterparts. Fabius said the U.S. ambassador had been summoned to the Foreign Ministry.

The most recent documents cited by Le Monde, dated to April 2013, also indicated the NSA’s interest in email addresses linked to Wanadoo — once part of France Telecom — and Alcatel-Lucent, the French-American telecom company. One of the documents instructed analysts to draw not only from the electronic surveillance program, but also from another initiative dubbed Upstream, which allowed surveillance on undersea communications cables.