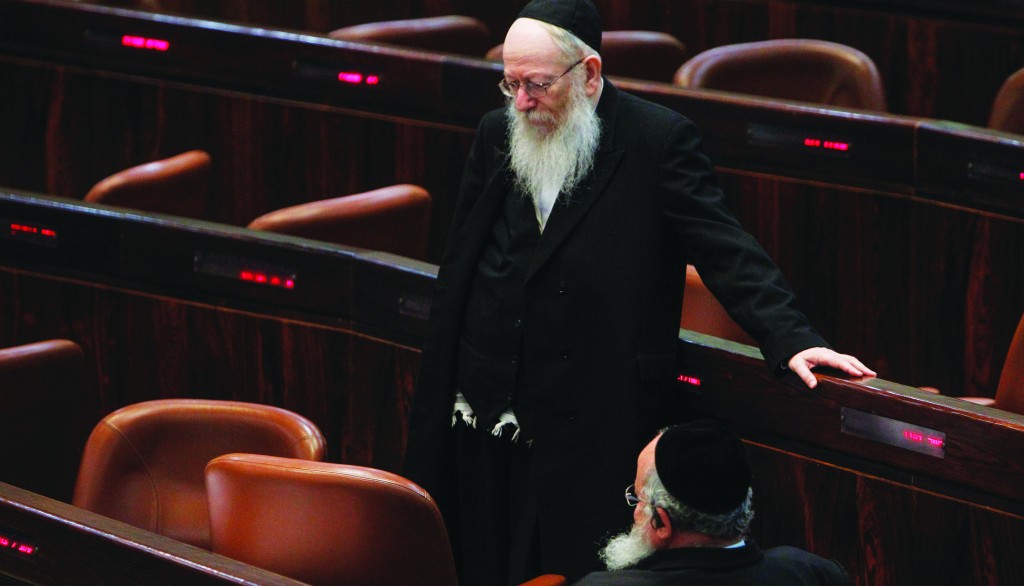 As peace talks between Israel and the Palestinians continue, the ministerial law committee has passed a measure that would require the approval of 80 Knesset members, a two-thirds majority, before any negotiations could take place on the future of Yerushalayim.

The bill was proposed by United Torah Judaism MK Rabbi Yaakov Litzman and, despite his being a member of the opposition, was supported by ministers from the coalition. Ministers on the committee representing Likud-Beiteinu and Jewish Home voted for it, while Yesh Atid was opposed.

Rabbi Litzman expressed his satisfaction at the outcome. “I am happy to have the merit of protecting and defending Yerushalayim. [Israeli Prime Minister Binyamin] Netanyahu has promised more than once that he would not enter into negotiations over Yerushalayim. This bill is intended to anchor that promise and to keep the capital undivided. The message here is clear: ‘Yerushalayim is the capital of Israel and outside of any future negotiations for peace.’”

In response, Justice Minister and chief peace negotiator Tzipi Livni, who chairs the committee, said she would seek a revision in an effort to defeat the bill, as it would limit her options in talks with the Palestinians.

Livni has a week to file an appeal, which would delay transfer of the measure to the Knesset. Once it reaches the Knesset, it would face votes in the plenum and law committee before becoming law. However, the government backing expedites the procedure significantly.