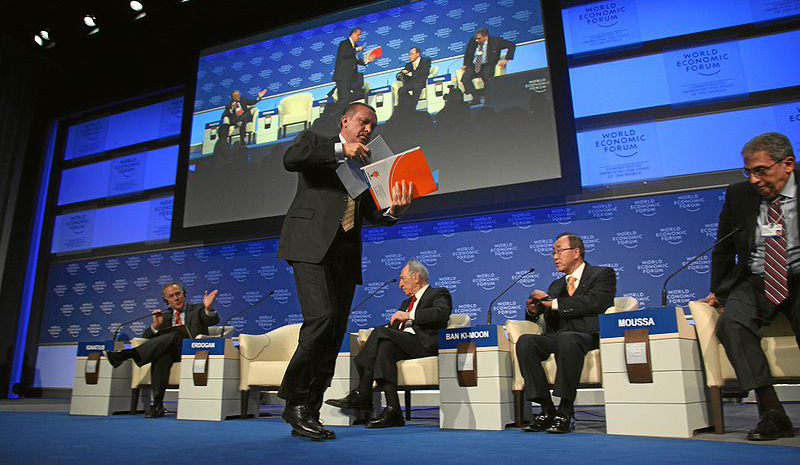 Some of the worst fears of the Mossad over the breakdown in Israeli-Turkish relations appear to have come true. It was revealed on Thursday that Ankara deliberately exposed an Israeli intelligence network to the Iranian regime.

Associate editor David Ignatius of The Washington Post quoted “knowledgeable sources” who say that Prime Minister of Turkey Recep Tayyip Erdogan disclosed to Tehran the identities of 10 Iranians who had traveled to Turkey to collude with Israeli agents. In April 2012, Iran announced that it had broken up an Israeli spy network and arrested 15 suspects, though the connection to Ankara is not clear.

Turkish Foreign Minister Ahmet Davutoðlu rejected the report as “baseless” and charged the newspaper with trying to “discredit” his country.

According to the report, Turkey exploited its former special access to Israeli intelligence secrets stemming from longtime bilateral cooperation on defense and security matters. Israel apparently used to run espionage operations out of Turkey, giving Turkish secret services the opportunity to monitor their movements.

The Post article quoted a U.S. official as saying, “After more than 50 years of cooperation with Turkey, the Israelis never imagined the Turks would ‘shop’ Israeli agents to a hostile power.”

However, shortly after the Mavi Marmara incident, Israeli officials did indeed begin to imagine the worst. Then-Israeli defense minister Ehud Barak voiced concern that Turkey might at some point share Israeli intelligence secrets with Iran.

“There are quite a few secrets of ours [entrusted to Turkey] and the thought that they could become open to the Iranians over the next several months … is quite disturbing,” Israel’s Army Radio quoted him as saying in August 2010, Reuters reported.

The astonishing betrayal may already have had serious diplomatic repercussions.

“Israeli anger at the deliberate compromise of its agents may help explain why Prime Minister Binyamin Netanyahu became so entrenched in his refusal to apologize to Erdogan about the May 2010 Gaza flotilla incident,” Ignatius wrote.

In addition, it was noted that “the Turkish intelligence chief, Hakan Fidan, is also suspect in Israel because of what are seen as friendly links with Tehran. Several years ago, Israeli intelligence officers are said to have described him facetiously to CIA officials as ‘the MOIS station chief in Ankara,’ a reference to Iran’s Ministry of Intelligence and Security.”

Although there was no official reaction from Yerushalayim, Israeli security officials accepted the veracity of the report and were “shocked and angry,” according to Arutz Sheva.

“The Turks made a strategic decision … to seek the leadership of our region, in the Middle East, and they chose the convenient anti-Israeli card in order to build up leadership,” he told Israel Radio.

Former Mossad director Danny Yatom said that, if true, “this is unacceptable behavior by Turkey directed at Israel. This could certainly prevent Iranians from cooperating with Israel on nuclear issues. We all want to have good relations with as many countries as possible, and it is important to Israel to foster good relations with all countries. But if the report is true, Turkey has, with this harmful action, mortally wounded relations with Israel,” he said.

The Jerusalem Post put it more emphatically: “If the report is accurate — and it is difficult to doubt the credibility of Ignatius’s sources — then we are talking about a very egregious, even unprecedented, act. In fact, this is the basest act of betrayal imaginable.

“If the Israeli spy network was indeed unveiled, it was done so at the order of Fidan and with the full approval of Erdogan. His obsessive animus toward Israel and his anti-Semitic tendencies are known to all.”

Meanwhile, the Israeli-Turkish attempts at rapprochment through negotiations through  compensation for the families of those killed on the Mavi Marmara have been stalled since last spring, after an Israeli apology brokered by President Barack Obama. And only a few days ago in Istanbul, a trial in absentia of former senior IDF commanders in 2010 resumed. Israel has dismissed it as a “show trial.”

“The only thing that we have achieved since March is to show the Americans that Erdogan is not remotely interested in a reconciliation,” said an Israeli diplomat, who declined to be named given the sensitivity surrounding the issue.