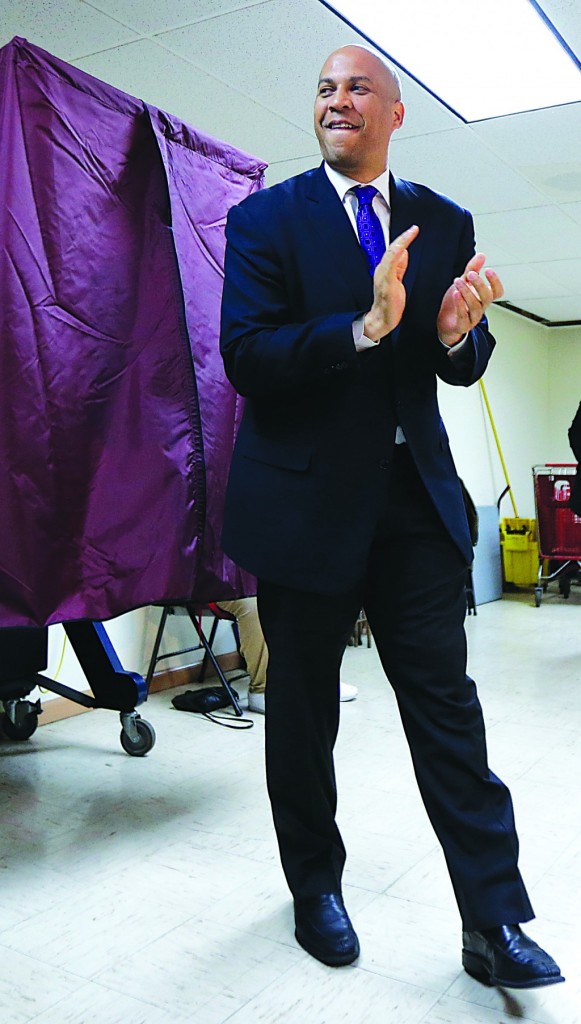 U.S. senator-elect Cory Booker said Thursday he’s ready to go to Washington and is not afraid if he “breaks dishes” trying to serve his constituents in New Jersey.

Booker, 44, the Democratic mayor of Newark, made the rounds on the morning talk shows a day after defeating Republican Steve Lonegan, albeit by a much smaller margin than had been expected. His win came after an aggressive two-month race to finish the term of Sen. Frank Lautenberg, who died in office in June at age 89.

Booker had 55 percent of the vote to Lonegan’s 44 percent. He brushed off criticism that the race was closer than many anticipated. Lonegan was backed by the tea party in a Democratic-leaning state.

“We did not worry. We put our plan in place and we worked our plan,” Booker said. “I feel very lifted by the people of the state of New Jersey.”

However, Ocean County, where Lakewood is located, voted 64 to 34 percent for Lonegan, a conservative who was endorsed in a robocall from Harav Shmuel Kamenetsky, shlita, a day before the election. Harav Kamenetsky, Rosh Yeshivah of Yeshivah Gedolah of Philadelphia, cited Lonegan’s conservative moral values as the reason for his backing.

The district where Beis Medrash Govoha voted supported Lonegan by a 90-to-10-percent margin, according to the state board of elections; one district Lakewood had 413 votes for Lonegan and two votes for Booker.

Booker, the mayor of New Jersey’s largest city, takes to Washington a national profile — boosted by frequent media appearances and his status as a surrogate for Barack Obama during the president’s 2012 re-election campaign — just as the federal government begins functioning again after a 16-day shutdown.

He hasn’t even started his job as senator, but he is already being asked if he wants to run for president.

“I would rule it out,” he said. “I’m going into the Senate. If I break dishes on the way to try to serve the people of New Jersey, so be it.”

Booker called himself a “scrapper” and said he was able to change Newark despite claims that its problems were intractable, which is what he said people are now saying about Congress.

“I find it eerily familiar with what people are saying to me now, because it was said 15 years ago in Newark,” he said. “The problems are too big.”

Booker said he will likely be sworn in “the next week, two weeks max.” The timing, he said, depends on Senate Majority Leader Harry Reid and Vice President Joe Biden, who will likely swear Booker in.

Booker will be the first black senator from New Jersey and will arrive in Washington with an unusual political resume. The son of two of the first black IBM executives, he graduated from Stanford and law school at Yale with a stint in-between as a Rhodes scholar before moving to one of Newark’s toughest neighborhoods.

Lonegan, who is legally blind, was a favorite of New Jersey’s relatively small right wing.

Gathered with supporters Wednesday evening in Bridgewater, he said, “Unfortunately, for whatever reason, the message we delivered together … did not win the day.”

Lonegan, who has twice sought his party’s nomination for governor, said he has no plans to challenge Booker again next year or seek elected office again.