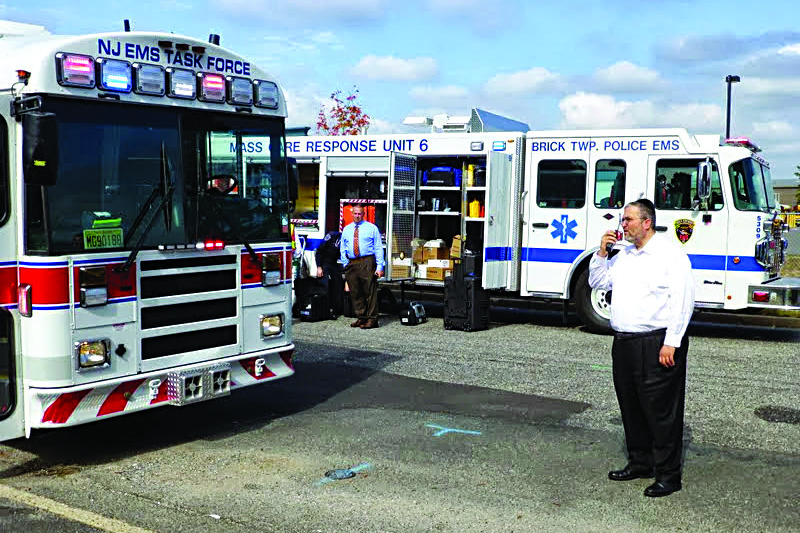 More than thirty people were hospitalized in Lakewood Thursday after a concern they were exposed to nitrous oxide that leaked in a nearby industrial park.

Police closed off Lehigh Avenue, where the Lakewood Industrial Park is located. Spar-Tex Inc. said that the leak occurred in its building, in a space occupied by tenant Cuisine Innovations LLC.

Thirty-four patients were transported to area hospitals after being contaminated by a nitrogen refrigeration product mixed with carbon dioxide, according to TheLakewoodScoop.com.

The incident began about 12:00 p.m., when several employees at the food-packaging plant began feeling ill. Emergency personnel arriving at the scene immediately evacuated everyone from the plant and moved them to a triage area.

Dozens of emergency workers from EMS, Hatzolah, Lakewood First Aid and other agencies in Lakewood and surrounding towns responded to the incident.

Captain Tom Langenberger of the Lakewood Police said the victims suffered from respiratory complications, but none appeared to be life-threatening.

An EMS official said that most of the patients suffered from chest pains or shortness of breath.

A haz-mat team was called in to investigate the leak.