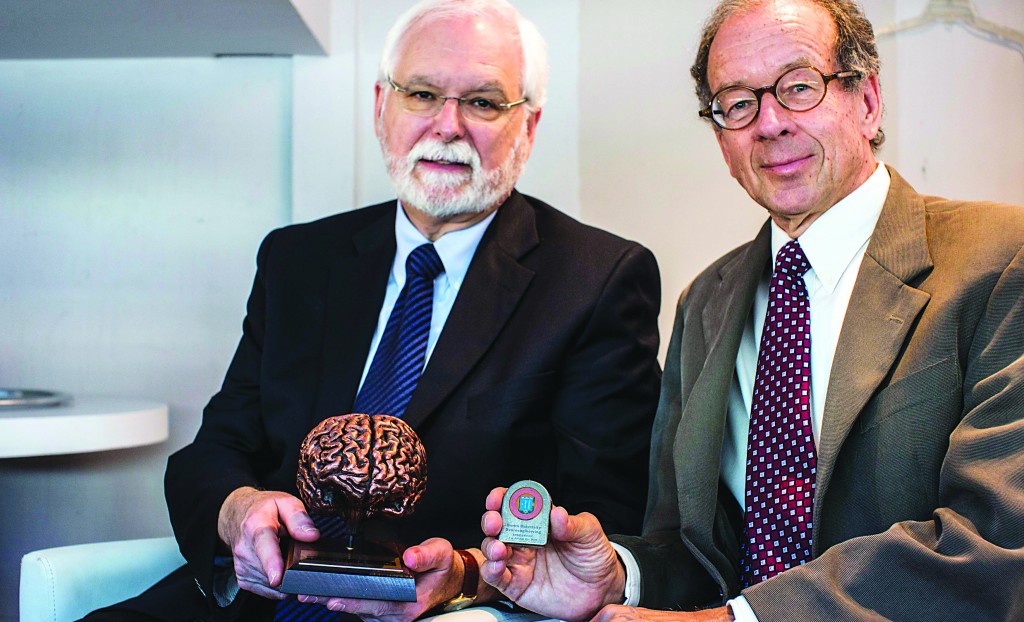 An Israeli nonprofit group has awarded a prize of $1 million to a U.S.-based research team that is developing technology that allows paralyzed people to move things with their thoughts.

Israel Brain Technologies presented the award on Tuesday to BrainGate. The group is based at Brown University in Rhode Island and collaborates with Massachusetts General Hospital and other institutions.

BrainGate is developing a brain implant that can read brain signals and allow a paralyzed individual to move robotic limbs or computer cursors.

Brown University neuroscientist John Donoghue, who accepted the award, says BrainGate has created “the technology to pick up the brain signal and get it to the outside.”