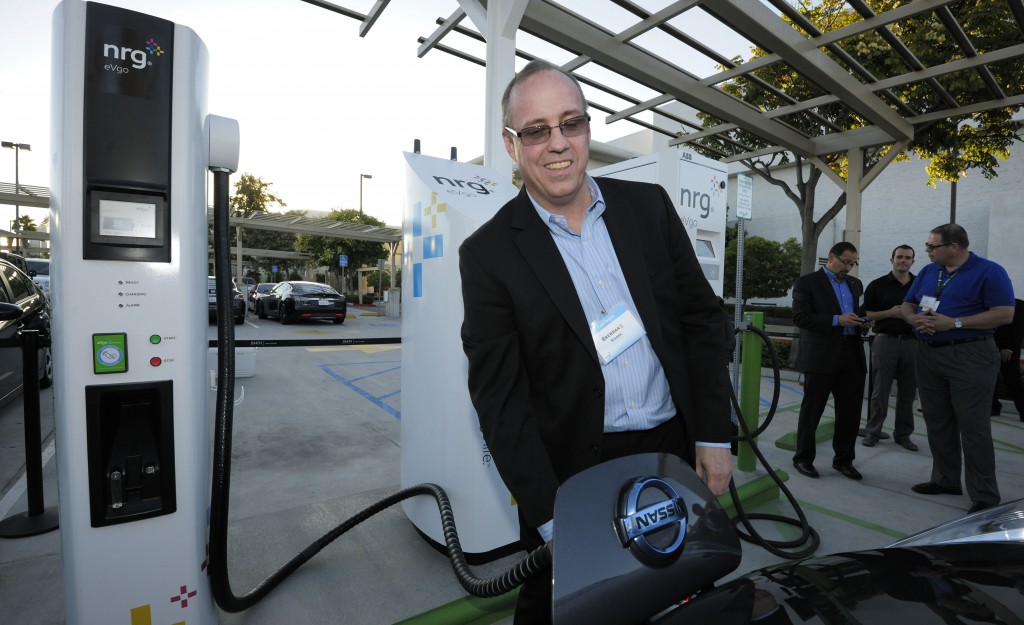 Automakers have sweetened deals in recent months for plug-in electric cars, in a bid to boost sales and move the vehicles off dealer lots as the end of the year nears.

General Motors knocked  $5,000, or 13 percent, off the sticker price of the Chevrolet Volt this summer. Earlier in the year, Nissan dropped the price of its electric Leaf, helping boost its sales. It’s now offering a three-year lease at $199 a month.

You can drive around in a plug-in hybrid for next to nothing if you were already spending $200 a month on gas, says John O’Dell, a senior editor at auto site Edmunds.com. For drivers enticed by the possibility of dramatically reducing their reliance on gasoline, the discounts on plug-in electric cars — particularly when leasing — are worth considering.

But owning an electric car has limitations that may not make it a wise choice for many drivers, or ultimately translate into big savings.

Here’s a checklist of factors to consider:

The most immediate potential cost savings can stem from avoiding volatile gasoline prices.

But electric cars have limits on how far they can go before they need to be recharged. For the 2013 Leaf, that’s 75 miles. If you need to drive more than that a day, without access to a public charging station, it’s not going to do you much good. (One place to locate battery recharging stations is on Plugshare.com)

Plug-in electric cars, which have  gasoline engines that can kick in when  batteries run down, offer more versatility.

For all electrics, you need to have access to a power outlet, and ideally a 240-volt charger, which can cut the time it takes to recharge electric car batteries to as little as four hours. That typically means being a homeowner, as apartment tenants may not have the means to plug in a car overnight.

“These cars are really designed for people driving 40 miles or less in their daily commute,” O’Dell says. “The more you go above pure electric range, the less attractive these vehicles get.”

If you haven’t looked closely at fuel-efficient and electric cars before, the process can be confusing and rife with technical jargon. But understanding the different types of cars is essential in determining whether one will be right for you.

Generally, there are three categories:

Try this online calculator on the U.S. Department of Energy’s page on fuel economy, to compare fuel cost savings for different models: www.fueleconomy.gov/feg/Find.do?action=phev1Prompt .

Although leasing sometimes gets a bad rap, when it comes to electric cars, it’s the way to go — assuming the typical 10,000-12,000 mile per year limit fits your needs.

A big reason is that electric car technology is evolving. That means if you own a car for several years, your trade-in value will be limited, because of the availability of more efficient and advanced models. Plus, there is concern that electric car batteries will degrade over time and charge at diminished levels after several years. Leasing for three years, for example, allows you to avoid this issue altogether.

There are often some fine-print restrictions on such offers, but like any lease transaction, customers can try to negotiate better terms.

The federal government and some states offer tax incentives to electric car buyers. If you lease, the benefit is generally used to lower the lease cost.

At the federal level, there’s a tax credit of up to $7,500 for cars sold after Dec. 31, 2008. The amount depends on the size of the battery. The credit is applied against your tax bill, or as a refund, provided you have at least the equivalent amount in tax liabilities.

Traditionally, the best time to buy or lease a car is between August and October, says Toprak. That’s when dealerships typically still have a big enough selection of cars to choose from, but also have become aggressive about making deals, to make room for newer models.

“This month is still a good mixture of great deals and good inventory,” Toprak says.

This summer, the National Automobile Dealers Association issued a report saying it expected prices of used plug-in electric cars to tumble 30 percent this year — the highest depreciation of all vehicle types.

The association cited the cars’ limited range, and the  array of incentives that lower the price of new cars, but don’t apply at resale.