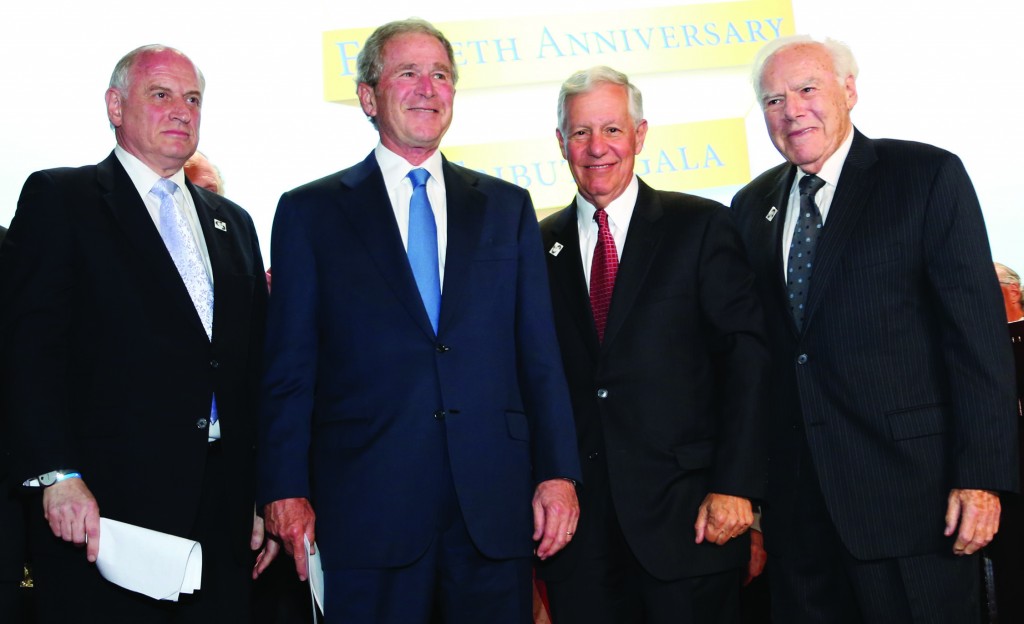 Former U.S. President George W. Bush told the Conference of Presidents of Major American Jewish Organizations that any change in Iranian policy must be demonstrated through action.

“I will not believe in Iran’s peaceful intentions until they can irrevocably prove that it’s true,” Bush told the 1,200 guests at the gathering in New York on Tuesday night, the Jewish Telegraphic Agency reported, quoting several people in attendance.

“The United States’ foreign policy must be clear-eyed and understand that until the form of government changes in Iran, it is unlikely that their intentions toward Israel will change.”

Bush’s appearance had not been publicized, and attendees were asked not to record or tape Bush’s comments.

The program also featured video testimonials from President Barack Obama and Prime Minister Binyamin Netanyahu, who lauded the Conference for its work in supporting Israel and strengthening the U.S.-Israel relationship.