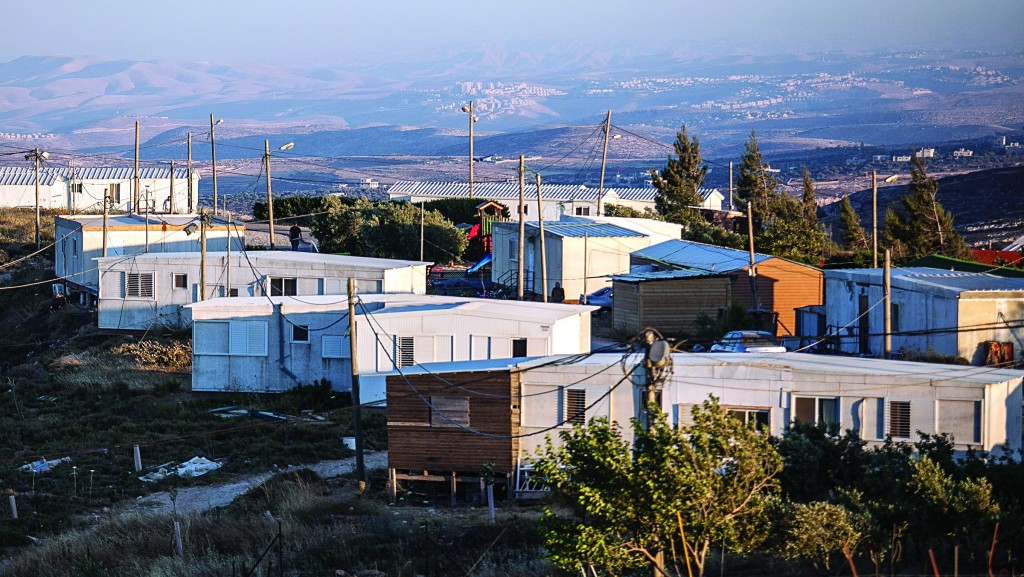 The state invoked diplomatic considerations in its argument against evacuation of the Amona outpost before the High Court on Monday, the first time such an approach has been used for several years, the Jerusalem Post reported.

Forcing the 42 families on the hilltop to leave their homes “could harm diplomatic interests at this time,” the state said, adding that such cases must be viewed in the light of  diplomatic and security interests. Such considerations can sometimes be pushed aside to avoid harming a specific individual, but that does not apply here, state attorneys argued.

At stake is more than the fate of the little outpost community. Many other places in Yehudah and Shomron share this status, and conflicting claims of ownership can be used to dismantle homes and entire communities.

The High Court ruled in 2012 that the outpost should be evacuated because it was built without proper permits on private Palestinian property. Since that time, the Amona families have informed the state that they purchased from Palestinians the land on which 16 of the community’s homes are located.

In an ambiguously worded ruling in July, the Court said that the structures located on plots settlers claimed to have purchased could remain, pending the adjudication of their claims before the Magistrates Court. But structures where there are no purchase claims must be removed.

Attorney-General Yehuda Weinstein has given his opinion that all that was necessary in the meantime was for one home and a 40-yard stretch of road to be relocated. The Amona community agreed to abide by this decision.

The left-wing, non-profit Yesh Din, which has sought to drive out the Jewish residents for years, petitioned the Court to reject Weinstein’s position, and in August, the court said that 30 structures had to be removed.

However, it gave the state and the families the right to respond to that ruling.

The state on Monday asked the court for a hearing to present its case that the 30 structures should not be removed. If the Court agrees, it would in effect leave the outpost intact until the case before the Magistrate’s court runs its course.