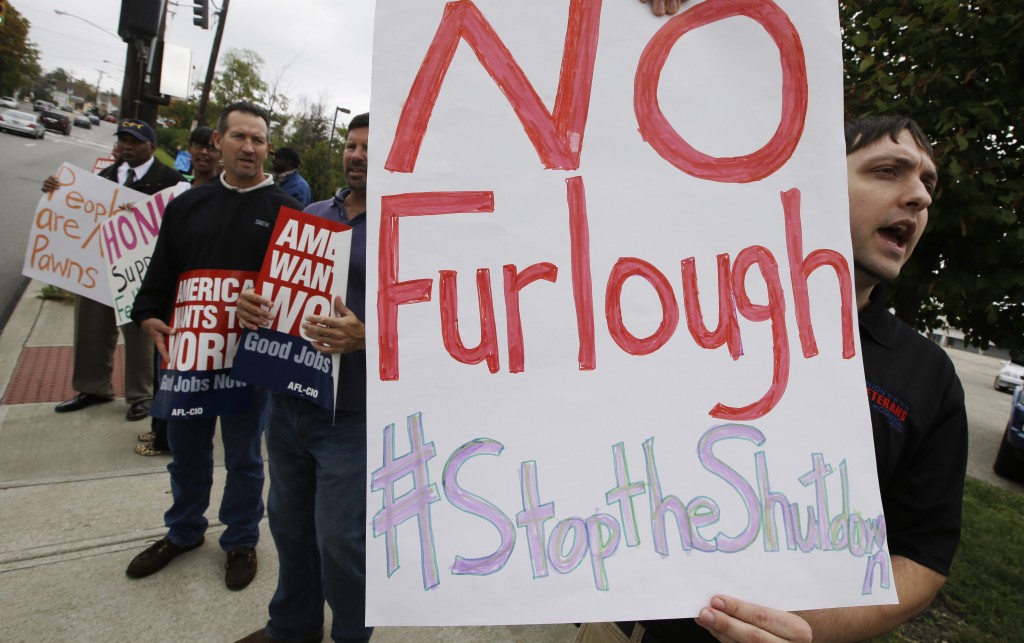 The board of directors of a local school is holding a contentious, tense meeting. A hotly contested proposal is debated at great length, and then a vote is held. Much to the chagrin of its opponents, the proposal is narrowly passed.

But those opposing the bill refuse to give up. They insist on appealing the vote to the board of trustees, who proceed to uphold the vote. But the opposition refuses to relent. As the meeting finally adjourns, their leader, a rather burly fellow, walks over to the door and physically blocks anyone from leaving.

“No one is leaving this building until this bill is repealed,” he declares in a menacing tone.

“We had a vote, and you lost!” the other board members shout at him. “Can’t you accept the will of the majority?”

“This proposal is a terrible idea, and I am obligated to do whatever I can to block it,” the brawny fellow insists.

As time passes, the other board members start to get highly impatient and demand to be let out.

“We have to get home to our families,” they plead.

“It is very simple,” their antagonist responds. “All you have to do is retract your vote. Or else, you can exit through there,” he continues, pointing towards the large windows overlooking the street, some 17 floors below.

As many readers have probably guessed, the above is an allegory of what has been transpiring in Washington, D.C., over the past two weeks.

What has been glaringly absent in much of the discussion over this showdown have been the true facts of the matter. So let’s review some of them:

Obamacare was passed by a majority in both houses of Congress. It was signed by the president and became law in March 2010.

In June 2012, the Supreme Court of the United States upheld the constitutionality of most aspects of the law.

In November 2012, voters in all 50 states cast ballots in the presidential elections. Obamacare was a key issue in the campaign. A clear majority voted to re-elect President Obama, knowing full well that this would make the repeal of Obamacare all but impossible.

The Senate remained in the hands of the Democrats. In House races, Democratic candidates nationwide tallied more votes than Republican candidates, and the GOP lost eight seats, though they still managed to narrowly hang on to a slim majority to control that chamber.

The American people had clearly spoken in the only opinion poll that really matters in a true democracy — and they voted against repealing Obamacare.

A desperate GOP, hijacked by radical tea party extremists, decided to resort to legislative blackmail: Unless they get their way, they will shut down the government.

Obamacare has a built-in funding mechanism that guarantees coverage of administrative costs for years to come, so the shutdown doesn’t affect Obamacare. What it did do was send 800,000 workers home without pay, damage the economy and make the United States the laughingstock of the world.

The Republicans in the House repeatedly shifted positions as to what their precise demands are. Again and again they voted for differently worded bills that they knew full well would never make it through the Senate or be signed by the president.

As the days passed, more and more Republicans realized that the American people deeply resented the shenanigans, and may very well show their contempt in next month’s elections.  It became increasingly clear that were a “clean bill” — simply authorizing a continuation of current government funding with no strings attached — brought to the floor of the House of Representatives, enough Republicans would join a united Democratic caucus and the bill would pass.

But John Boehner, the Republican Speaker of the U.S. House of Representatives, blocked the full house from voting on the bill.

So instead of 432 duly elected representatives (three seats are vacant) deciding whether to reopen the government, one man has been making that decision.

Mr. Boehner and the tea party activists cheering him on have clearly forgotten that this is a democracy, where a majority rules. It is painfully ironic that the very party that served as the most fervent opponents of communism has in effect appropriated communist-like tactics in their relentless efforts to repeal Obamacare. Their message of “my way or the highway” has made a mockery of the legislative branch of government, and their conduct would be considered immature for kindergartners.

Hopefully voters will recall their behavior on Election Day.