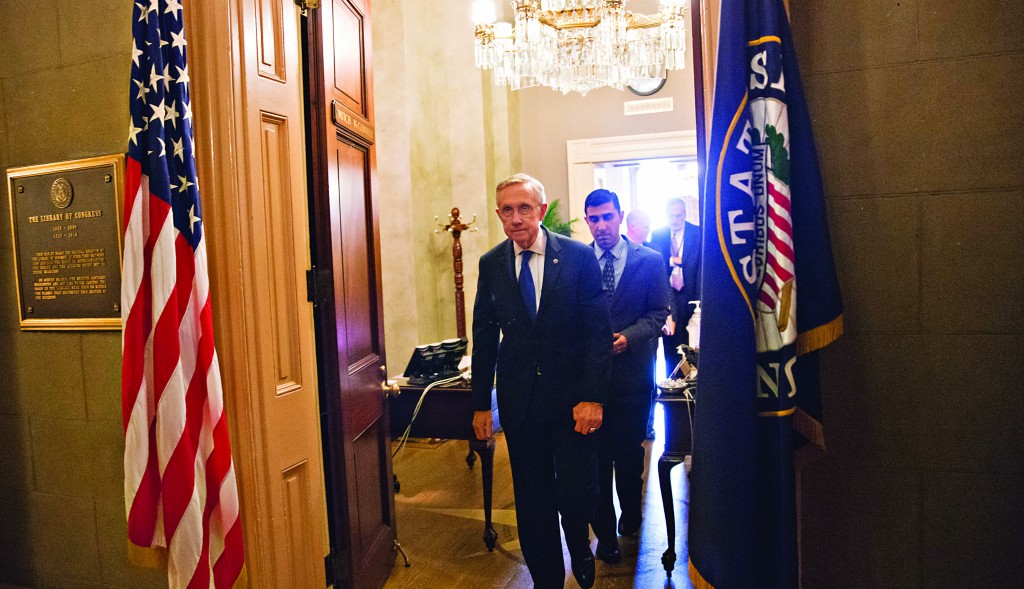 After weeks of stubborn gridlock, the Senate’s top two leaders raced to reach an agreement Monday that could head off a Treasury default threatening severe economic damage at midweek and end the 14-day partial government shutdown.

The stock market turned positive on bullish predictions from the two longtime antagonists at the center of the talks, Majority Leader Harry Reid for the Democrats Republican leader Mitch McConnell for the GOP.

Under the terms they were discussing, the $16.7 trillion debt limit would be raised enough to permit the Treasury to borrow normally until mid-February if not several months longer. The government would reopen with funds sufficient to operate until mid-January at levels set previously. Additionally, officials said there was some thought being given to repealing a $63 fee that companies must pay for each person they cover under the big health care overhaul beginning in 2014.

Visiting a charity not far from the White House, President Barack Obama blended optimism with a slap at Republicans.

“My hope is that a spirit of cooperation will move us forward …” he said, adding, “If we don’t start making some real progress both in the House and the Senate, and if Republicans aren’t willing to set aside some of their partisan concerns in order to do what’s right for the country, we stand a good chance of defaulting.”

Stock prices, which had risen strongly late last week on hopes of an agreement, were down at the start of the day but then pushed higher. The Dow Jones industrial average rose 64 points. 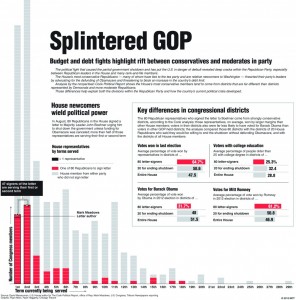 Reid and McConnell met twice before midafternoon, their sessions sandwiched around a White House announcement that Obama was calling them and the party leaders in the House for the second time in less than a week to discuss the economy-threatening crises. The meeting was subsequently postponed to give the two lawmakers more time to work.

Any legislation would require passage in the Senate and the House, where a large faction of tea party-aligned lawmakers precipitated the shutdown two weeks ago despite the efforts of both McConnell and Republican Speaker John Boehner.

McConnell also met with Boehner during the afternoon.

Officials said Reid and McConnell were discussing legislation to raise the government’s debt limit until mid-February, staving off the possible default. It was not clear if the terms under discussion would permit Treasury Secretary Jacob Lew to employ a series of measures that could add additional months to the extension, as administrations in both parties have done in recent years.

In addition to approving legislation to fund the government until late this year, Reid and McConnell considered appointment of House and Senate negotiators to seek a deficit-reduction agreement that could ease or eliminate a new round of automatic federal spending cuts scheduled to begin in January.

Regardless of the outcome of those negotiations, Reid and McConnell were discussing a plan to provide flexibility for agencies struggling to adjust to reduced funding levels.

Also under discussion, officials said, was a possible tightening in income verification requirements for individuals who qualify for subsidies under the health care law known as Obamacare.

Separately, there was discussion of repealing a fee the health care law levies on companies that provide coverage. The cost is set at $63 per person covered for 2014, and is estimated to fall to about $40 by 2016 before it disappears.

Democrats were resisting a Republican-backed proposal to suspend a medical device tax that was enacted as part of the health care law.

The officials spoke on condition of anonymity, saying they were not authorized to comment on the private discussions.

Treasury Secretary Jack Lew has told Congress the deadline for raising the debt limit is Oct. 17.

He, the president and a wide array of economists, bankers and politicians in both parties — at home and backed by world leaders — have all warned that default could have catastrophic consequences for both the domestic and global economies.

The doubters alternatively say no default will occur or that if it does, it won’t be the calamity that others claim.

But after holding center stage for much of the current impasse, there was little doubt that they had been shunted aside as Reid and McConnell worked toward an agreement.

As the Senate opened for business on Monday, Reid said he was “very optimistic we will reach an agreement this week that’s reasonable in nature.”

“We have had an opportunity over the last couple of days to have some very constructive exchanges of views about how to move forward. Those discussions continue, and I share (the) optimism that we’re going to get a result that will be acceptable to both sides,” he said.