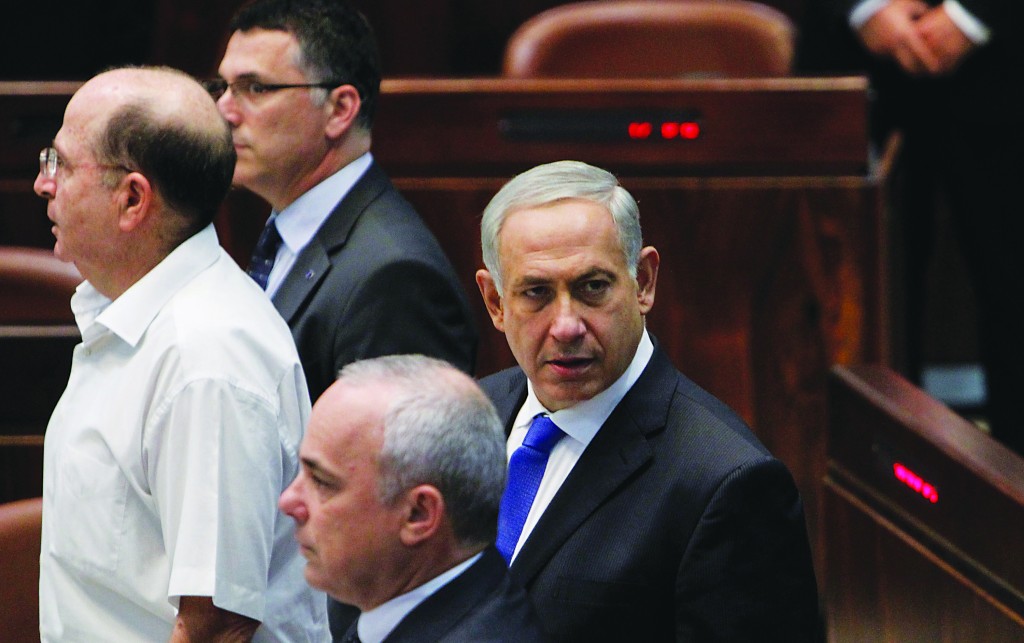 As the 19th Knesset reconvened on Monday for its winter session, the Mideast continued to be convulsed by civil war, revolution and terrorism, and darkened by the specter of a nuclear-armed Iran, Israeli Prime Minister Binyamin Netanyahu did his best to find a silver lining.

“For the first time in Israel’s existence, there is an understanding in the Arab world that Israel is not the enemy of the Arabs,” Netanyahu said in his opening speech. “On many issues, we are united. This may open new possibilities, and I hope it will help the peace process with the Palestinians.”

It was unclear whether he had in mind recent unconfirmed reports that Israel is in talks with Sunni Arab states to support intervention in Shi’ite-dominated Iran.

“Many nations in the area have a strong desire to get rid of Iran’s and Muslim Brotherhood and Al-Qaida’s impact,” he added. “This is an important development — even historic.”

Netanyahu reviewed familiar ground: the necessity of stopping Iran, removing chemical weapons from Syria and preserving the peace with Egypt.

But the prime minister also found some time for achievement-listing. “We have stopped the infiltration problem completely. Israel is the only western country that has overcome illegal infiltration, which would have hurt Israel’s Jewish and democratic character,” he declared.

“I am aware of the suffering of south Tel Aviv and in southern Israel,” he said. “I promise, we will make sure to get those that have already infiltrated out of the country.”

He promised a new anti-migration law to answer the recent High Court ruling that the government cannot continue to indefinitely jail illegal immigrants.

Netanyahu also patted the country’s high-tech industry on the back, saying, “We are in the top five cyber powers in the world.

“Israel continues to be a success story — more than ever,” he concluded.

The upbeat talk belied the contentious atmosphere in which the MKs return to work. They will undertake to put a chareidi draft law into final form, as well as wrangling over a controversial Governance Bill, and the Referendum Bill.

The coming parliamentary struggles will also test the glue with which the government coalition is held together. Shortly before the session started, Deputy Foreign Minister Zeev Elkin (Likud) remarked that “this coalition, like all its predecessors, will not survive. Every coalition has a breaking point.” Elkin and other right-wingers in Likud and Jewish Home have been a notable thorn in Netanyahu’s side regarding negotiations with the Palestinians.

Yecimovich referred to the threatened wave of layoffs at Teva Pharmaceuticals as “mass terror,” and demanded of the prime minister that he address it with the same seriousness that he shows toward Iran.

“I ask you to show the same seriousness you’ve exhibited in relation to the Iranian threat here, where you have immediate and direct influence, and inform Teva’s CEO that he will not fire any employees. Don’t negotiate with him,” she said.