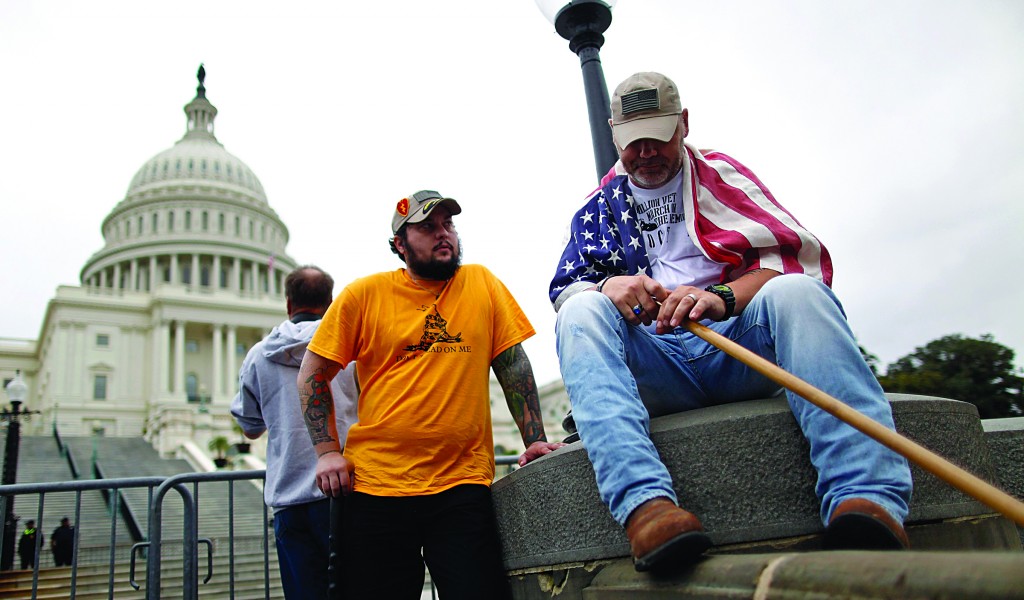 Senate Republicans and Democrats hit an impasse Sunday over spending in their last-ditch struggle to avoid an economy-jarring default in just four days and end a partial government shutdown that’s entering its third week.

“Americans want Congress to compromise,” Reid said at the start of a rare Sunday session in the Senate, during which he pressed for a long-term budget deal.

The two cagey negotiators are at loggerheads over Democratic demands to undo or change the automatic across-the-board spending cuts to domestic and defense programs that the GOP see as crucial to reducing the nation’s deficit.

McConnell insisted a solution was readily available in the proposal from a bipartisan group of 12 senators, led by Sens. Susan Collins (R-Maine) and Joe Manchin (D-W.Va.), that would re-open the government and fund it at current levels for six months while raising the debt limit through Jan. 31.

“It’s time for Democrat leaders to take ‘yes’ for an answer,” McConnell said in a statement.

The latest snag comes as 350,000 federal workers remain idle, hundreds of thousands more work without pay, and an array of government services, from home loan applications to environmental inspections, were on hold on the 13th day of the shutdown.

Congress is racing the clock to get a deal done, faced with time-consuming Senate procedures that could slow legislation, likely opposition from tea partyers and certain resistance in the Republican-led House before a bill gets to Obama.

McConnell and Republicans want to continue current spending at $986.7 billion and leave untouched the new round of cuts in January, commonly known as sequester, that would reduce the amount to $967 billion. Democrats want to figure out a way to undo the reductions, plus a long-term extension of the debt limit increase and a short-term spending bill to reopen the government.

Sen. Dick Durbin of Illinois, the No. 2 Democrat in the Senate, told reporters the two sides are roughly $70 billion apart, the difference between the $1.058 trillion Senate budget amount and the $988 billion envisioned by House Budget Committee chairman Paul Ryan (R-Wis.).

Republicans dismiss the latest request as Reid moving the goalposts in negotiations as they were getting closer to resolving the stalemate. They also argue that it is disingenuous for Democrats to resist any changes in the health-care law while trying to undo the 2011 budget law that put the cuts on track.

Graham and Sen. Rand Paul (R-Ky.) said they would not support any deal that upends the spending limits imposed by the 2011 law, and predicted that their Senate GOP colleagues would oppose it as well.

“We’re going to keep working, offering our suggestions to the leadership on both sides of the aisle in an attempt to be constructive and bring this impasse to an end. Surely we owe that to the American people,” Sen. Collins said.