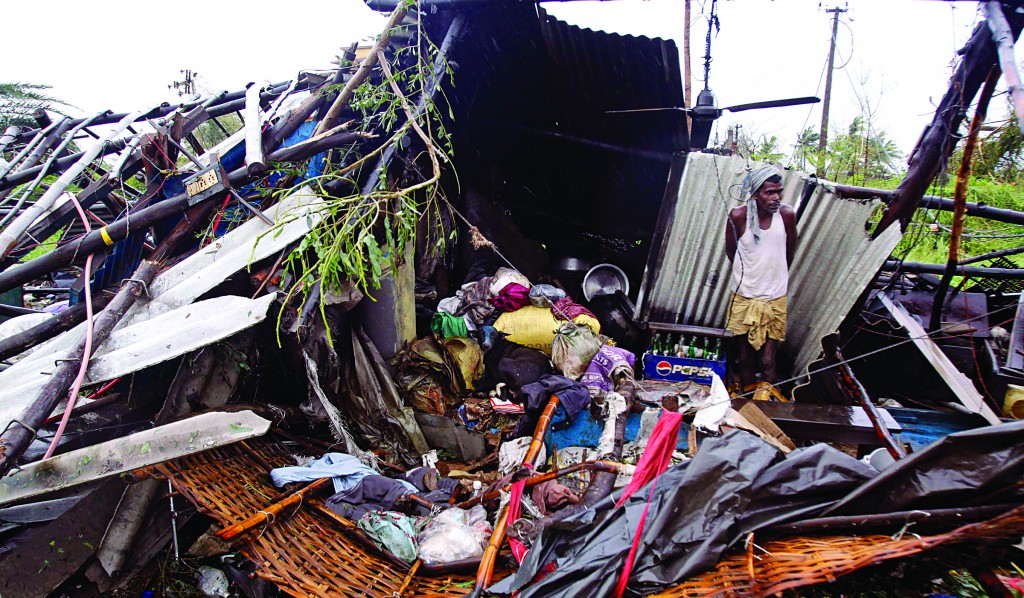 Mass evacuations spared India the widespread deaths many had feared from a powerful cyclone that roared ashore over the weekend, officials said Sunday, as the country sorted through the wreckage of flooded towns, tangled power lines and tens of thousands of destroyed thatch homes.

Cyclone Phailin, the strongest storm to hit India in more than a decade, destroyed hundreds of millions of dollars’ worth of crops, but more than 20 hours after it made landfall in Orissa state on the country’s east coast, authorities said they knew of only 17 fatalities.

The final death toll is expected to climb further as officials reach areas of the cyclone-battered coast that remain isolated by downed communication links and blocked roads, but the evacuation of nearly 1 million people appeared to have saved many lives.

“Damage to property is extensive,” said Amitabh Thakur, the top police officer in the Orissa district worst-hit by the cyclone. “But few lives have been lost,” he said, crediting the mass evacuations.

“Everyone feels very lucky,” said Prabhati Das, a 40-year-old woman who came from the town of Behrampur, about 10 kilometers (7 miles) inland, to see the aftermath at the coast.

Phailin weakened significantly after making landfall as a Category 4 storm, with sustained winds of up to 210 kilometers per hour (131 miles per hour), according to Indian meteorologists.

Indian officials spoke dismissively of American forecasters who earlier had warned of a record-breaking cyclone that would drive a massive wall of water — perhaps as large as 9 meters high (30 feet high) — into the coastline.

“They have been issuing warnings, and we have been contradicting them,” said L.S. Rathore, director-general of the Indian Meteorological Department. “That is all that I want to say.”

Nearly 1 million people were evacuated from the coast ahead of Phailin, including more than 870,000 in Orissa and more than 100,000 in neighboring Andhra Pradesh.

Still, some either missed the evacuation or chose to ride out the storm near the coast, for fear of losing their homes and livestock to possible looting.

With some of the world’s warmest waters, the Indian Ocean is considered a cyclone hot spot.