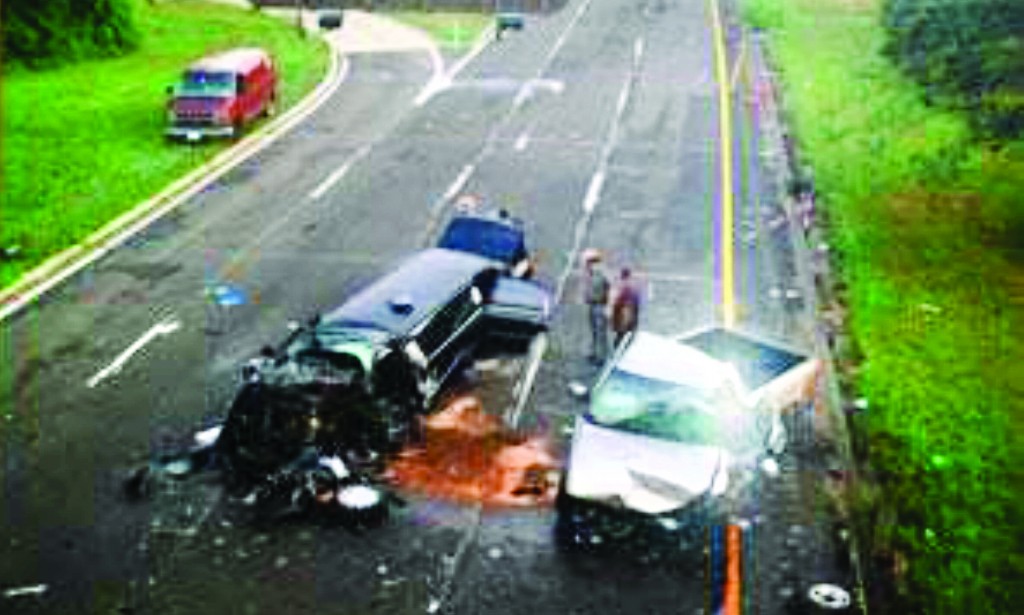 Three people convicted of murder in deadly crashes urged New York’s highest court Tuesday to throw out their convictions, arguing they were too intoxicated to know the threat they posed to others.

The murder convictions of Martin Heidgen, Taliyah Taylor and Franklin McPherson all hinge on the prosecution’s contention that they acted with “depraved indifference to human life” in fatal crashes that share a number of common threads: driving too fast in the wrong lane while under the influence.

Defense attorneys argued prosecutors failed to prove their clients acted with depraved indifference since they were too impaired to know what they were doing.

Heidgen’s attorney, Jillian Harrington, said her client had gotten lost when he drove his pickup the wrong way on Long Island’s Meadowbrook State Parkway in 2005 and hit a limousine, killing the driver, Stanley Rabinowitz, and seven-year-old passenger Katie Flynn, and injuring five others.

“We have no proof he realized he was going in the wrong direction,” Harrington said.

“This is a question of fact for the jury,” Nassau County Assistant District Attorney Maureen McCormick countered.

Heidgen had a blood alcohol content of 0.28 percent. Now 32, he’s serving 19 years to life in prison.

McCormick urged the court to uphold the juries’ conclusions in the cases of Heidgen and McPherson, who was involved in a 2007 crash on Long Island’s Southern State Parkway. McPherson hit another vehicle, killing driver Leslie Burgess. His BAC was 0.19 percent. Now 26, he’s serving 25 years to life in prison.

“I’m saying they wanted to go where they wanted to go [without concern for] other people,” McCormick said. Since there’s always substantial traffic in Nassau County, there’s “no possibility” the drivers didn’t know the threat, she said.

McPherson’s attorney, Jonathan Edelstein, said evidence showed his client didn’t attempt to brake before the crash, so unless prosecutors were to argue he was suicidal — which they didn’t — “that would have to mean he was oblivious.”

“Nobody who’s not oblivious will plow head on into another vehicle at 60 miles per hour,” Edelstein said.

Taylor was drunk when she sped 80 miles an hour down Staten Island’s Forest Avenue in 2006 without headlights, ran a red light and killed pedestrian Larry Simon. Defense attorney Erica Horwitz said her client made a number of irrational statements after the crash.

Staten Island Assistant District Attorney Anne Grady argued that Taylor had made conscious choices despite her impairment, and showed no remorse later when the intoxication wore off.