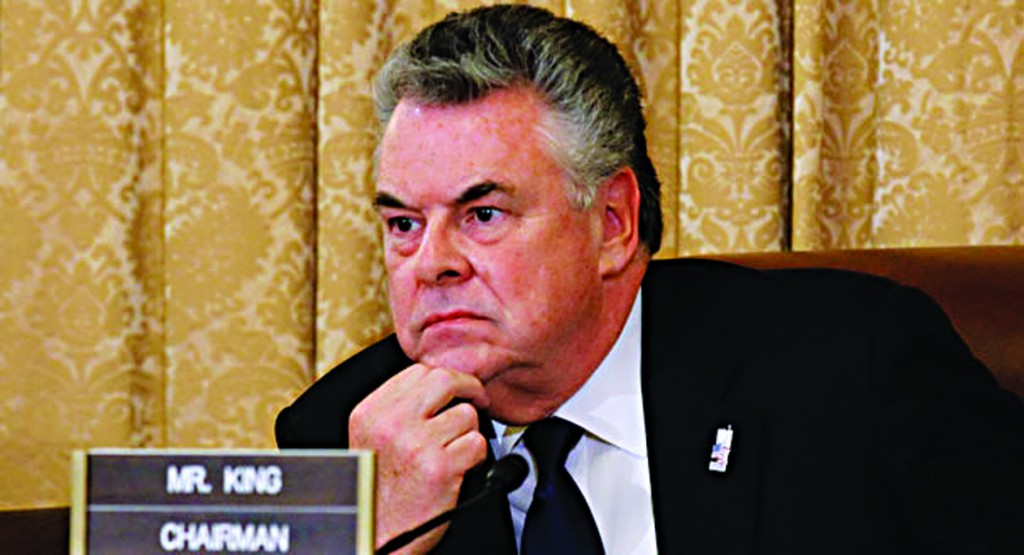 Taking on one of the United States’ most prominent Israel critics Wednesday, Rep. Peter King, a New York Republican who is mulling a presidential run, defended the special relationship with Israel as essential for U.S. security.

The sparring came when, at a Homeland Security Committee hearing on the threat posed by Somali al-Qaida affiliate Al Shabaab, former CIA al-Qaida analyst Michael Scheuer said that al-Qaida would leave the U.S. alone if they were to abandon their alliance with Israel.

“If it was up to me I’d dump the Israelis tomorrow,” Scheuer said. “All I worry about is the continuing preaching of American politicians to the American people that our relationship with the Israelis doesn’t cause us to have dead Americans and extraordinary expenses in fighting the Muslim world.”

Interrupting Scheuer, King said that he believed the opposite, that al-Qaida’s grievances with the West are hundreds of years old and they would not stop their jihad against the United States even if it abandoned Israel.

“I think there’d be more of a cost if we stopped what we’re doing,” King said.

Scheuer told King that he was not the person to debate this, since as a member of the Republican party he was “presiding over a bankruptcy,” referencing the current fiscal crisis.

“What can be worse? And what has been the goal of al-Qaida since it was formed? To bankrupt the United States. Who’s winning today, sir? We’re done like dinner,” Scheuer said, who claimed that the U.S. military was “defeated” in Iraq and Afghanistan.

“We’re winning and we’ll continue to win, unless we take the advice of people like you,” King shot back.

The former committee chairman said repeatedly that the United States has “not been successfully attacked since Sept. 11.”

But King had one last shot for Scheuer.

“You’re certainly an expert on goofiness, so I yield back,” he said.