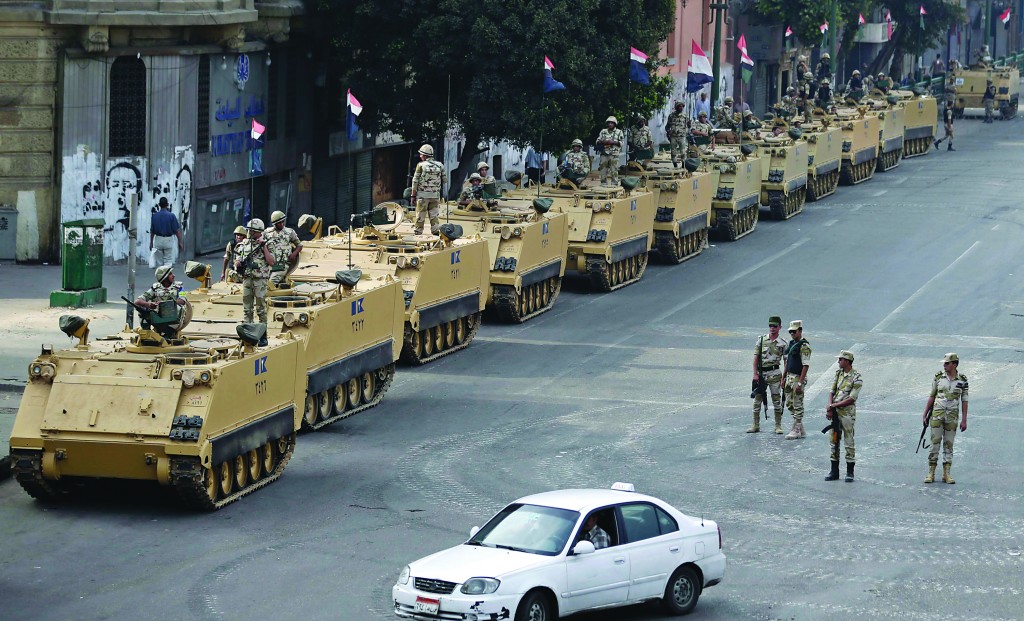 The United States is cutting hundreds of millions of dollars in aid to Egypt in response to the ouster of President Mohamed Morsi and the crackdown by the military-backed government on his supporters.

The U.S. provides $1.5 billion in aid each year to Egypt. While the State Department did not provide a dollar amount of what was being withheld, most of it was expected to be military aid. A U.S. official said the aid being withheld included 10 Apache helicopters at a cost of about $500 million.

The official provided the information only on condition of anonymity, because the official was not authorized to comment by name.

The U.S. decision to slash aid to Egypt will create new friction in Washington’s already uneasy relations with the government that ousted the first democratically elected Egyptian president.

The move will anger Persian Gulf states, push Egypt to seek assistance from U.S. rivals and upend decades of close ties with the Egyptians that that have been a bulwark of stability in the Middle East.

State Department spokeswoman Jen Psaki said in a statement Wednesday that the U.S. will withhold delivery of certain large-scale military systems as well as cash assistance to the Egyptian government until “credible progress” is made toward an inclusive government set up through free and fair elections.

The U.S. will still provide health and education assistance and money to help Egypt secure its borders, counter terrorism and ensure security in the Sinai.

The U.S. also will continue to provide parts for military equipment coming from the United States, as well as military training and education. The U.S. military has continued shipments of thousands of spare parts for American weapons systems used by the Egyptian forces, including armored bulldozers for border security, radars and missiles.

Other details about what military assistance is being cut were not immediately known.

The U.S. had already suspended the delivery of four F-16 fighter jets to Egypt and canceled biennial U.S.-Egyptian military exercises.