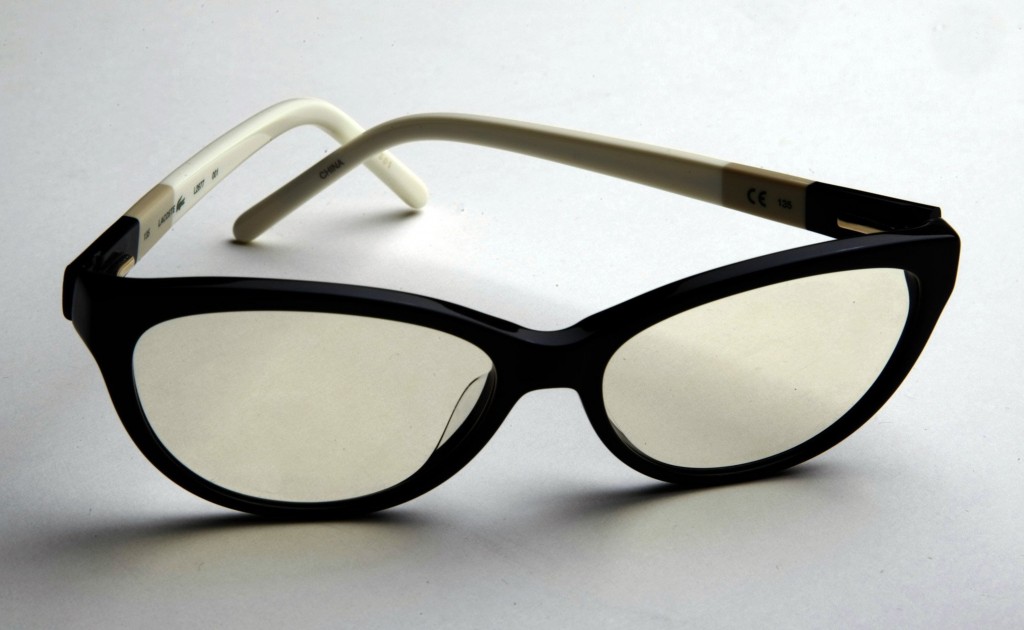 Google Glass has been hogging the spotlight when it comes to eyewear, but get ready to see new technology designed for those stuck with old-fashioned prescription eyeglasses.

About 64 percent of Americans wear glasses to improve vision. Many can’t stand them, complaining that glasses are cumbersome, headache-inducing or don’t work in all situations. Meanwhile, the growing amount of time people spend in front of computers and mobile devices has also raised concern about the potentially damaging effects on eyesight.

That’s spurring innovation among eye specialists, who say the glasses industry has been largely stagnant since bifocals were invented by Benjamin Franklin in the 18th century.

“It’s a marketplace with slow technology adoption. There hasn’t been new technology in eyeglasses in forever,” said Stephen Kurtin, chairman of Superfocus, which makes adjustable-focus glasses that enable wearers to choose the best focus for every distance.

Now, companies are designing a host of solutions to aid glasses wearers, including futuristic lenses and even an iPhone application that developers say can help people wean themselves off glasses.

One area of focus has been on reducing eyestrain for people who spend several hours a day staring at computers, tablets and smartphones. Many optometrists believe the light emitted from such devices could damage a viewer’s eyesight over time, although that hasn’t been conclusively proven.

Still, lens companies are rolling out a slew of new lenses that they say will help ward off those potentially harmful effects.

“Why would you take the risk? Let the science unfold, and let us protect ourselves as it’s unfolding,” said Don Oakley, president of VSP Optics Group, which this year introduced its Unity with BluTech lenses at 30,000 eye doctor offices in the U.S.

BluTech lenses are infused with melanin, a natural pigment found in the iris of the eye, to help filter out high-energy blue light and UVA/UVB radiation while allowing what Oakley called “innocuous” light to pass through.

The melanin gives BluTech lenses a yellowish hue, and is available for any prescription. Other companies produce lenses with blue-light filtering coatings.

Oakley said BluTech lenses reduce eyestrain and fatigue from long hours spent in front of the computer. Adding BluTech lenses to a pair of glasses typically costs less than $100; they can be worn indoors and outdoors, and can also be added to nonprescription glasses.

He cautioned that BluTech “doesn’t prevent anything per se, but it protects.”

Although many eye doctors think all that time staring at your smartphone is bad for your eyes, one firm is encouraging people to use mobile devices to improve their vision.

GlassesOff Inc. is gearing up to launch an iPhone app this year that it claims can enhance near-vision sharpness. The New York company contends that human vision is based on two main factors: the quality of an image captured by the eyes and the image-processing capabilities of the brain as it interprets the image.

By spending 12 to 15 minutes a day, three times a week for three months, completing a game-like program, GlassesOff says a user can improve the image-processing function by teaching the brain to better interpret blurred images.

The app is tailored for each individual and adapts according to his or her progress; the goal is to wean a viewer off reading glasses altogether.

“It’s relevant to practically any person that I know,” said Nimrod Madar, chief executive of GlassesOff. “We can empower people to self-improve their vision condition, so you’re no longer depending on external intermediates.”

The notion that people can improve their eyesight through eye exercises has drawn skepticism from some optometrists and ophthalmologists.

But in a paper published in the journal Scientific Reports, the scientists behind GlassesOff said participants in a study at the University of California, Berkeley showed a nearly 10-year improvement in eye age. That enabled them to be able to see more than two lines further down an eye chart, and achieve normal or near-normal visual performance.

That was the case for Sharon Hayat, 46, who had depended on low-strength reading glasses to see small text. She was approached by GlassesOff to be a participant in an early trial this summer, an offer she accepted despite being “very skeptical, very dubious.”

“It’s kind of like a video game that you play,” the homemaker from Skokie, Ill., said. “There are these little dots that flash and these little stripes, and I was like, ‘This is not going to do anything.’ ”

But by the end of the program, she said, she had no trouble reading newspapers and menus without her reading glasses. She was even able to reduce the text size on her Kindle e-reader.

“Just this week, I had my son’s cough medicine and I didn’t need anything to read the label,” Hayat said. “I hate to sound like a commercial, but it really did work.”