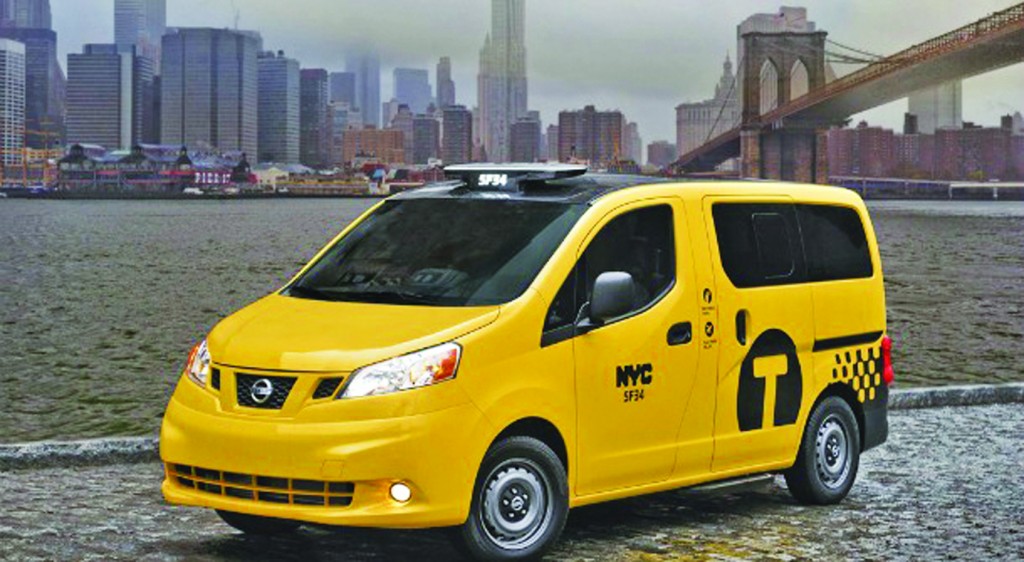 A plan to remake New York’s yellow cab fleet with a minivan-style “Taxi of Tomorrow” was slammed into park Tuesday when a judge blocked it three weeks before cab owners would be required to start phasing in the new vehicles.

While city officials vowed to move quickly on an appeal, the decision halts — at least for now — one of the most visible pieces of outgoing Mayor Michael Bloomberg’s efforts to reshape taxi transportation in a city known for it.

Siding with cab owners who challenged a requirement that would make them gradually replace the vast majority of the city’s approximately 13,000 taxis, Manhattan state Supreme Court Justice Shlomo Hagler said the city Taxi and Limousine Commission had overstepped its authority.

“The notion that New York City should have one exclusive ‘iconic’ New York City taxicab is a policy decision that is reserved for the City Council,” he wrote in ruling on the latest in a series of lawsuits challenging the new cabs on various grounds.

The city’s chief lawyer, Michael Cardozo, called the decision “fundamentally wrong,” and Taxi and Limousine Commissioner David Yassky said officials remain committed to what he called “by far the safest taxicab ever designed.” Nissan Motor Co., which has a 10-year contract to supply the cabs, said it was evaluating its next steps.

For decades, the taxi fleet has included a variety of car models, modified to serve as cabs. The taxi commission solicited proposals for an exclusive cab design in 2009 and chose the Nissan NV-200 in 2011.

Starting Oct. 28, cab owners were to be required to replace most cabs they retired with the NV-200, which currently has a suggested retail price of $29,700.

The proposed cabs’ champions point to both safety features and such amenities as a roomy back seat and a panoramic roof. And the New York Taxi Workers Alliance, a drivers’ group, said standardizing the fleet could help driver-owners negotiate lower prices for their vehicles.

But the Greater New York Taxi Association, an owners’ group, said the city was improperly forcing owners to buy a vehicle they didn’t want. The group also noted that the NV-200 isn’t a hybrid and isn’t wheelchair-accessible without modifications.

During 12 years in office that will end this December, Bloomberg has spearheaded a number of changes to the city’s taxi system, often engendering pushback and lawsuits.

In two recent moves, the city is testing “e-hail” apps, allowing passengers to hail yellow cabs via smartphone, and began allowing livery cab drivers to pick up passengers who hail them on streets in much of the city.