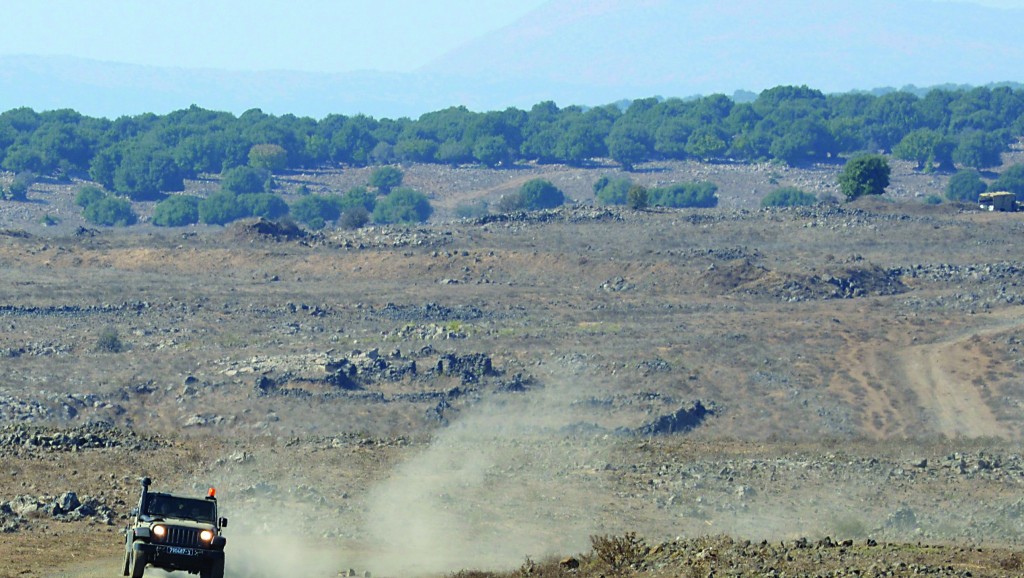 Two Israeli soldiers were hurt by Syrian mortar fire on the Golan Heights on Wednesday. Both were evacuated to a nearby hospital, one with light shrapnel wounds, the other suffering from severe shock.

The IDF returned fire with a Tammuz missile which reportedly destroyed a Syrian cannon, and Defense Minister Moshe Yaalon warned that even unintended spillover from the Syrian fighting, which this appeared to be, would not be tolerated.

The IDF also filed a complaint with the U.N. monitoring team on the Golan, citing the incident as a Syrian violation of the ceasefire on the border. U.N. peacekeepers have gone to the area and filed complaints as well.

Dozens of errant mortar shells have landed in northern Israel over the last year, as a result of the civil war in Syria. And last November, an Israeli soldier on the Golan was slightly wounded by gunfire from across the border.

Last Tuesday, Syrian gunmen opened fire on a construction crew at a new fence on the Syrian border near an IDF post. No injuries were reported in that incident.