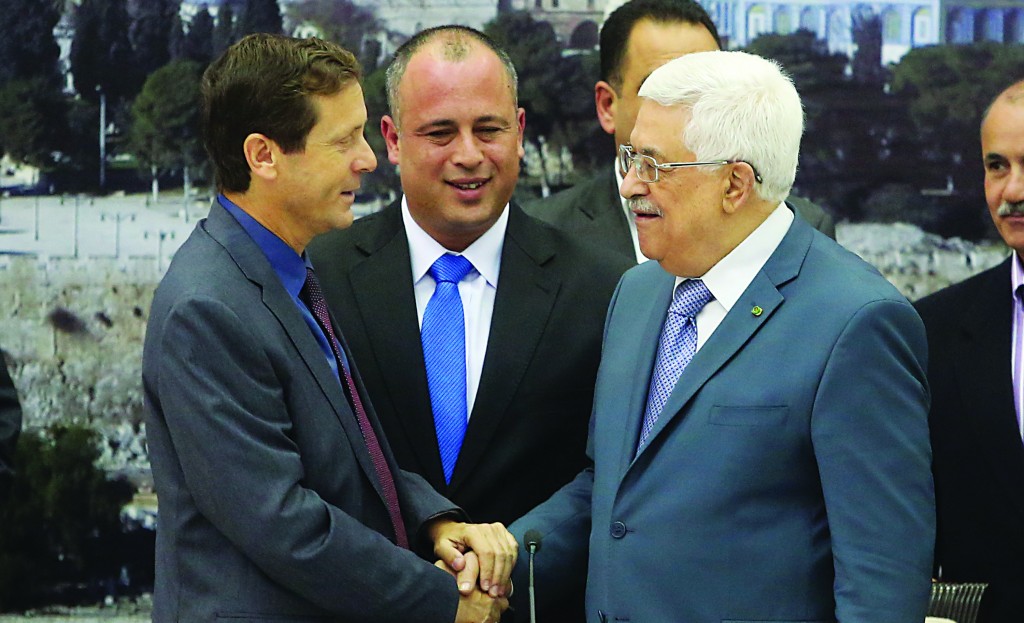 Israeli and Palestinian negotiators held a new round of talks on Monday, picking up the tempo of their meetings at the request of the United States, in the face of widespread skepticism that they will ever reach a deal.

Just as for much of the last 20 years, the same problems continue to snarl progress towards a deal, with Israelis and Palestinians at loggerheads over how to divide the land and over their future security arrangements — among other things.

Palestinian Authority President Mahmoud Abbas held a rare meeting with a group of 10 Knesset members on Monday, warning that this could be the last chance to reach a deal to end decades of conflict.

However, a senior Palestinian official told Reuters that the talks were intensifying, with the negotiating teams agreeing to meet for up to eight hours a day and to see one another more regularly than at the start of their latest diplomatic drive.

“As the Americans requested, we are upping the tempo of the discussions,” the official said, adding that Washington would evaluate the situation in the next two months and see how to narrow the inevitable differences.

“So far we have achieved nothing,” he said.

For the last two months, the two sides met once or twice a week, sometimes only for a couple of hours at a time, raising eyebrows among foreign diplomats, who questioned how the U.S. goal of reaching a full accord by April could ever be met.

“If they are really serious about getting a result within nine months, then they should be meeting every day,” said one senior diplomat in Yerushalayim, who declined to be named.

Meanwhile, at the meeting with the Knesset delegation, two items were “conspicuously absent,” according to The Times of Israel: The Israeli flag was missing. Not even a little one on the table. This, in contrast to the July 31 reception in the Knesset for a PA delegation, which saw the Palestinian flag alongside Israel’s behind them, a first-ever in the Knesset precedent.

Also missing were Palestinian journalists, though a busload of Israeli reporters were on hand for the event.