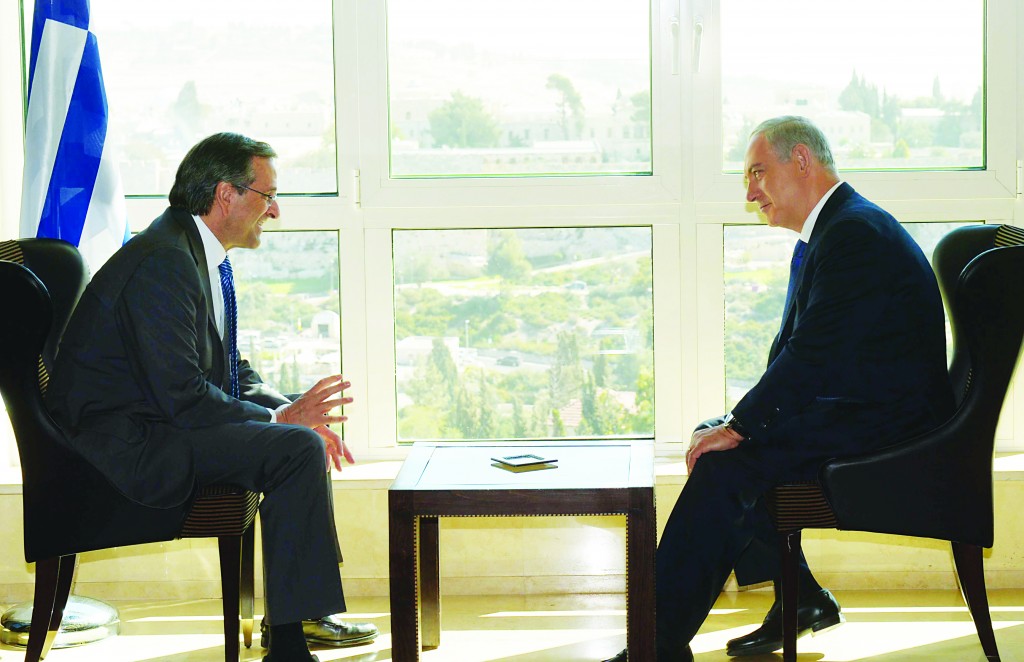 Greek Prime Minister Antonis Samaras arrived in Yerushalayim on Tuesday to meet with Israeli leaders to explore the strengthening of bilateral cooperation.

Samaras is heading a delegation that includes eight Greek ministers who will discuss with their Israeli counterparts ways of boosting bilateral relations in the areas of energy, science, technology, culture, education, and tourism. It’s the first such Israeli-Greece government-to-government conference.

But it’s likely that Iran will also be on the agenda, though cooperation may not be so likely, since Greece has reacted favorably to Iranian President Hassan Rouhani’s overtures.

According to diplomatic sources, Greece has not been swayed by Netanyahu’s argument that Rouhani is “a wolf in sheep’s clothing” who cannot be trusted.

The Greeks believe there is a “glimpse of hope with the new leadership,” and that it should be given some time, and seeks an easing of economic sanctions against Iran. They think the Iranians will respond positively to the gestures from the West, because they realize it is in their interest to do so.

During the welcoming ceremony on Tuesday, Israeli Prime Minister Binyamin Netanyahu spoke at length on the urgency of stopping Iran’s nuclear program. Samaras made no mention of it.