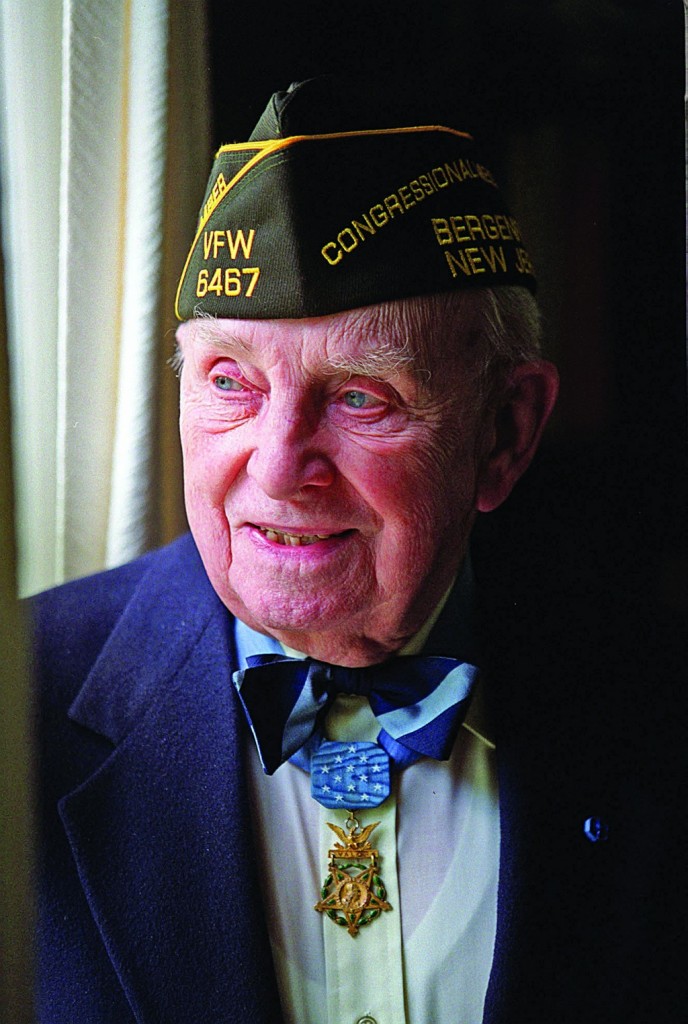 A World War II veteran and the nation’s oldest living Medal of Honor recipient has died in New Jersey.

Nicholas Oresko, an Army master sergeant who was badly wounded as he single-handedly took out two enemy bunkers during the Battle of the Bulge in 1945, died Friday night at Englewood Hospital and Medical Center. He was 96.

A Bayonne native, Oresko received the Medal of Honor, the nation’s highest military honor, from President Harry Truman on Oct. 30, 1945.

At 28, Oresko was the platoon leader when automatic fire pinned down his unit. Realizing a machine gun in a nearby bunker needed to be eliminated, Oresko moved out alone in the morning darkness, braving bullets that zipped about him, until he was close enough to throw a grenade into the German bunker. He rushed the bunker and used his M-1 rifle to kill the soldiers who survived the grenade blast.

Then another machine gun fired, knocking Oresko down and wounding him in the right hip and leg. He managed to crawl to another bunker and take it out with another grenade. Despite being weak from loss of blood, Oresko refused to be evacuated until he was assured that the mission was accomplished.

His actions on Jan. 23, 1945, were credited with preventing numerous U.S. casualties and were praised as key to the Allies’ victory.