General Stocks Rise on Hope That DC Will End Its Bickering 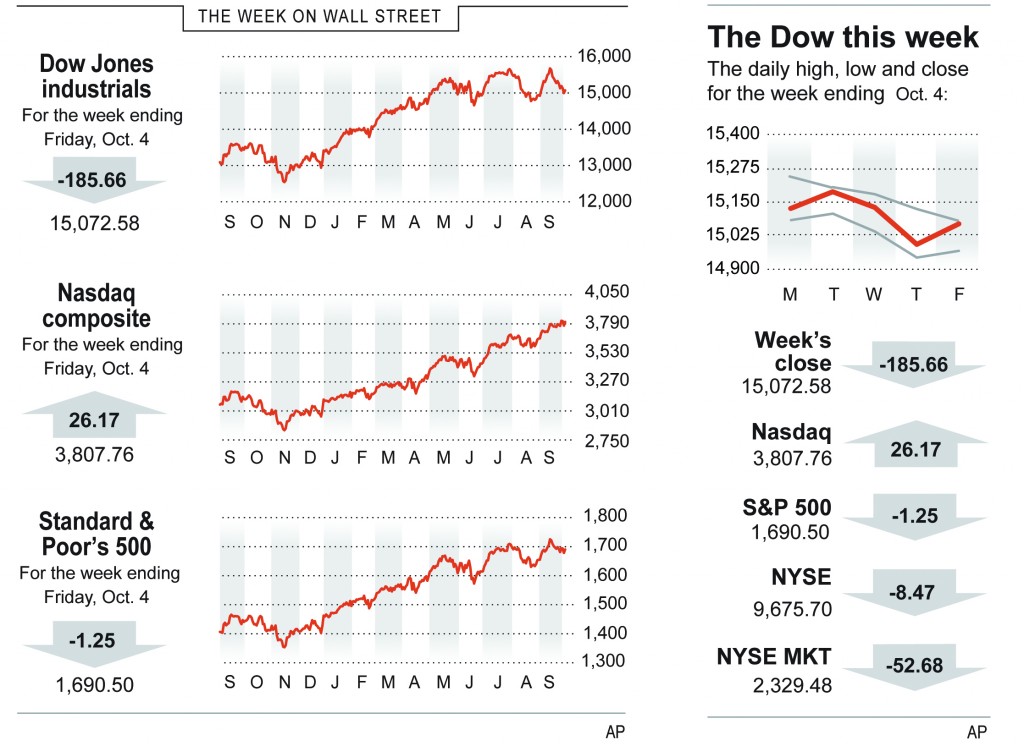 Stocks posted modest gains Friday, driven by budding optimism among traders that Washington’s bickering politicians can reach an agreement on the budget and on increasing the government’s borrowing limit soon.

Traders aren’t expecting a miracle. The rhetoric between Democrats and Republicans remains as hot as ever. But the pressure to end the shutdown and raise the debt ceiling is climbing quickly.

“The thought is that the Republicans and Democrats will soon work this out before Oct. 17,” Davis said, referring to the date the Treasury Department said the government’s borrowing authority would be exhausted.

On Friday, House Speaker John Boehner reemphasized that he won’t let the U.S. government default on its debts. There were also reports that Boehner was looking to bring House Republicans together to pass some sort of budget compromise that would include raising the debt ceiling.

Davis noted that it’s a positive sign that investors are buying stocks heading into a weekend, especially with how volatile the political climate in Washington has been.

Despite Friday’s gains, the trend for the last three weeks in the stock market has been lower. The Dow is down nearly 4 percent since hitting an all-time high on Sept. 18.

While remote, the possibility of the U.S. failing to pay its bills or creditors remains a deep concern to investors.

“Credit markets could freeze, the value of the dollar could plummet, U.S. interest rates could skyrocket, the negative spillovers could reverberate around the world, and there might be a financial crisis and recession that could echo the events of 2008 or worse,” the Treasury Department said in a report Thursday.

Investors went through a similar case of political brinkmanship in August 2011, which ultimately led to Standard & Poor’s downgrading the United States’ credit rating. The S&P 500 fell roughly 12 percent in the weeks that followed.

Because of that precedent, the political noise out of Washington has come to dominate nearly all conversations on Wall Street.

Under normal circumstances, traders would have the government’s monthly jobs report to parse through on the first Friday of the month. But the shutdown has forced the Labor Department to postpone the release of September’s data for at least the foreseeable future.

And few traders are talking about third quarter corporate earnings reports either, which start next week.

“The market is going to remain completely occupied by Washington until this is resolved,” said Bob Doll, chief equity strategist and portfolio manager at Nuveen Asset Management, which oversees $126 billion.

Despite these concerns, Doll and other investors believe the possibility that the U.S. government would willingly default on its debt is remote.

Not all parts of the market were optimistic Friday. Yields for the one-month T-bill that mature around the time the U.S. government is expected to hit its borrowing limit have risen to their highest level in a year. The yield on the one-month T-bill was 0.12 percent, up sharply from 0.01 percent five days ago.

Bond market observers said that fund managers for money market funds, who primarily invest in these types of securities, have been selling short-term Treasuries. Fund managers don’t want to be stuck holding U.S. government debt maturing around the time the federal government hits its borrowing limit.