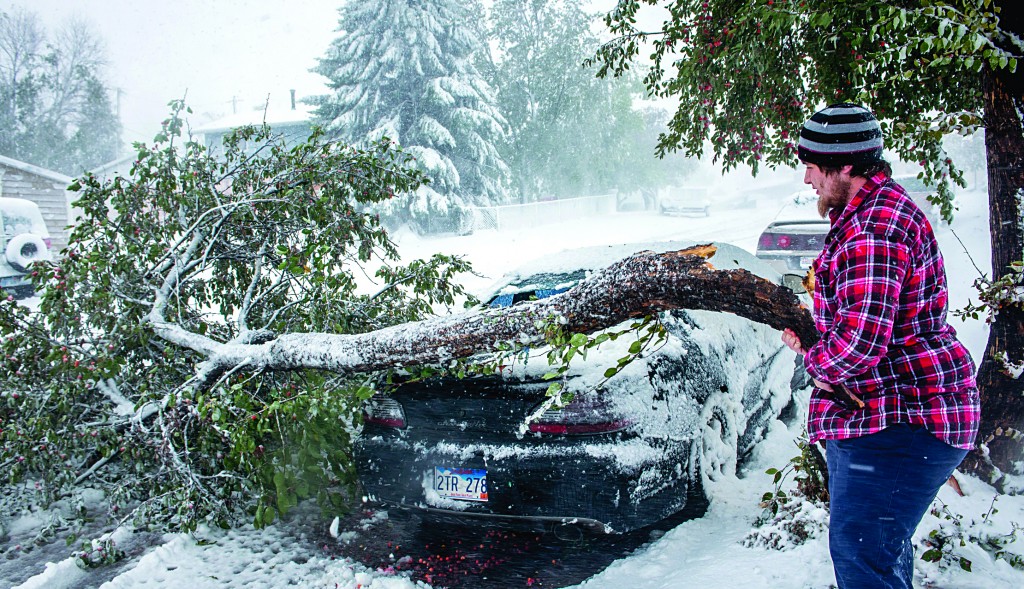 Residents in the Black Hills were navigating through a sloppy mess Sunday after warmer temperatures began melting record-setting snowfall, leaving standing water on plowed roads rather than making its way through drainage systems.

Law enforcement officials shifted their focus to recovery after having caught up with a backlog of emergency calls from the weekend storm that dumped 4 feet of snow near Deadwood and 3.5 feet near Lead. No fatalities were reported as a result of the bad weather.

“We’re even-Steven. We don’t have 911 calls holding at this point,” Rapid City-Pennington County emergency manager Dustin Willett said Sunday. “Most of our life-safety missions have been completed and as we start out today, it’s going to move to snow removal, debris removal and power restoration.”

An estimated 5,000 people in the county were still without power, Willett said, down from more than 25,000 in the area on Saturday.

Temperatures rose several degrees Sunday, which led some people to venture out even though many roads had not been plowed. Some motorists were still getting stuck Sunday and impeding recovery efforts, Rapid City spokeswoman Tara Heupel said.

Willett said the melt from the “impressive drifts and ridiculous amounts of snow” was causing a “slushy watery quagmire,” partly because the snow buildup on plowed highways was creating channels and making it difficult for the drainage system to work normally. However, Rapid Creek wasn’t expected to flood.