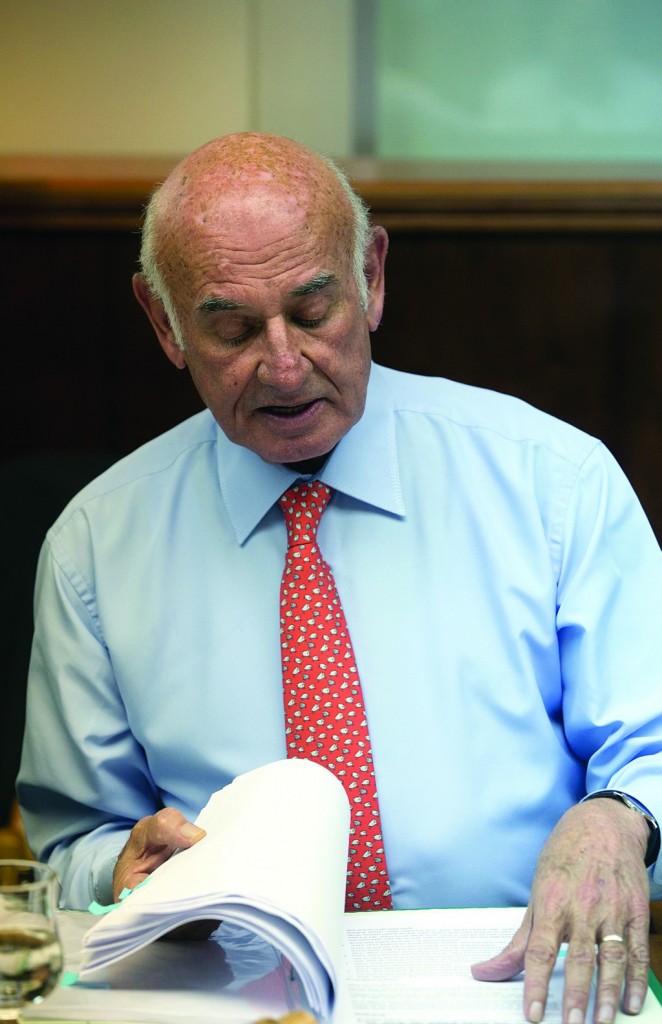 When Israeli Prime Minister Binyamin Netanyahu told the U.N. General Assembly last week that, if necessary, Israel will act alone, most people assumed that he meant launching a military strike on Iran without help from the United States or anyone else.

But now it appears there is a third possibility: Israel acting without the U.S. but in coalition with certain Arab states. Those would be the Sunni Islamic countries who view the regional dominance of a Shi’ite-ruled Iran as a direct threat to their existence.

Reports have surfaced in the Israeli media saying that Israel has been quietly exploring the possibility of an Israel-Sunni alliance to stop Iran. Meetings with senior officials  from a number of Gulf and other Arab states in recent weeks have been held for this purpose, they say, adding that one “high-ranking official” even came on a secret visit to Israel. Saudi Arabia, Kuwait and the United Arab Emirates have been notably vocal in their opposition to Iranian ambitions.

Last month, a senior United Arab Emirates official said in a media interview that “If Israel were to strike Iran to stop it from getting a nuclear bomb, we wouldn’t object at all.”

At a recent International Peace Institute dinner whose guests included officials from both Israel and several Arab states that don’t recognize its existence, “No Arab minister attacked Israel, and not one stood up and left the room when he found out that a high-ranking representative of the Israeli government was sitting beside him,” Haaretz reported: They were too busy discussing their main mutual concern, Iran.

Several Israeli officials have acknowledged the logic of such an alliance, though they have been careful not to discuss any specifics.

Science Minister Yaakov Peri said Thursday that Israel and various Arab and Gulf countries have “shared interests” where Iran is concerned, and “so I assume there are exchanges of views” and other contacts.

Peri noted that Gulf states, Saudi Arabia and Egypt “are no less worried than Israel” about a nuclear Iran, and therefore it was only logical that such countries would “work together” with Israel on the Iran issue.

Likud MK Tzachi Hanegbi, a close associate of Netanyahu, indicated to The Times of Israel after the prime minister’s U.N. speech that Israel could not be sure that the Obama administration would use force to stop Iran, even if diplomacy fails.

Writing in the conservative Weekly Standard, William Kristol and Michael Makovsky commented that many Israelis across the political spectrum are convinced that Israel will have to act without U.S. support “after witnessing last month’s appalling spectacle of President Obama squirming out of his pledge to retaliate against the regime of Syrian president Bashar al-Assad if Assad crossed a ‘red line’ by using chemical weapons… We’ve also spoken with Arab government officials, and none believes any longer in the credibility of a U.S. military threat. In fact, it’s hard to find any serious person in allied capitals — or in enemy capitals — who takes Obama at his word when he talks about keeping ‘all options on the table’ to prevent a nuclear Iran. Everyone assumes that President Obama will find any excuse the Iranians give him to leave the military option right there, on the table …”