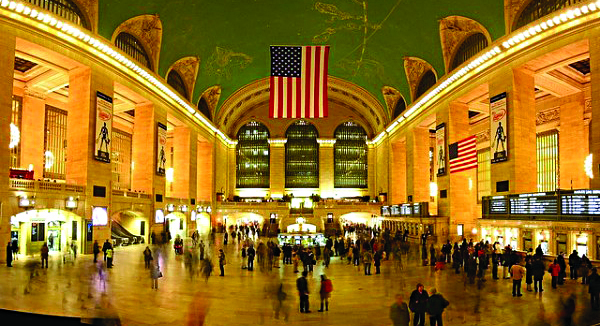 New York’s Grand Central Terminal has made the 2013 top 10 list of Great Public Spaces. The American Planning Association says it singled out the Beaux Arts train station because of its influence on American architecture, engineering, planning and culture.

The terminal boasts a Tiffany-glass clock, vaulted ceiling and arched windows. It was declared a city landmark in 1967.

The Essex County Branch Brook Park in Newark, N.J., also made the list.