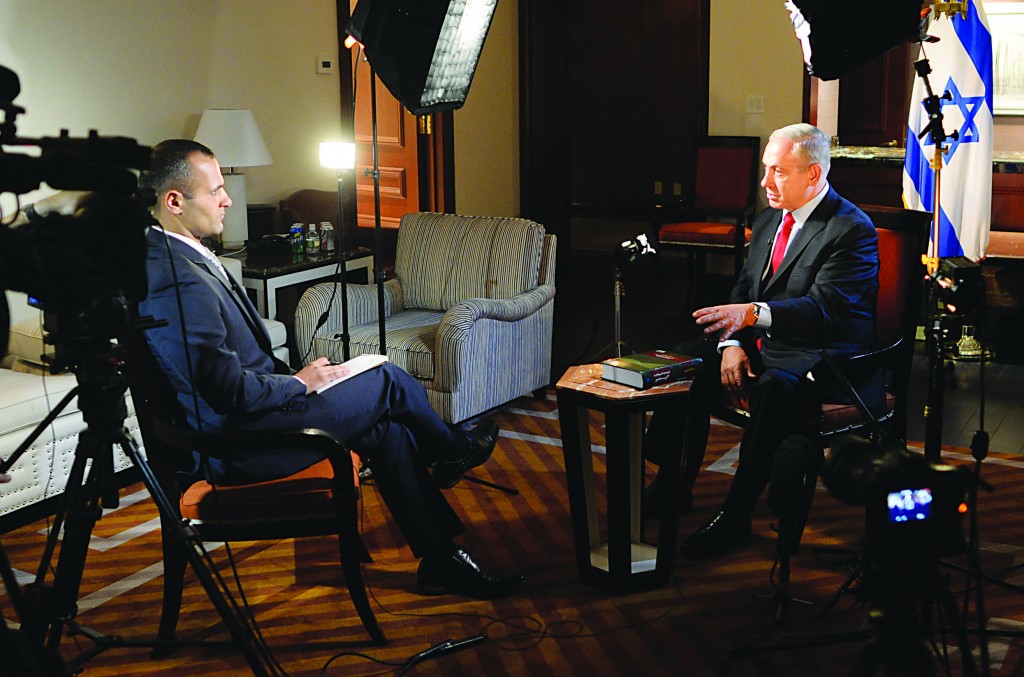 In his latest warning about Iran’s nuclear ambitions, Israeli Prime Minister Binyamin Netanyahu said on Thursday that Iran was working on intercontinental ballistic missiles that could one day hit the United States.

“They’re not developing those ICBMs for us. They can reach us with what they have. It’s for you,” he told CBS News.

“The American intelligence knows as well as we do that Iran is developing ICBMs not to reach Israel. They want to reach well beyond,” he said.

Israeli officials in early 2012 said that it would be two to three years before Iran would have long-range missiles that could hit the United States.

One senior Israeli security official, asked about Netanyahu’s comments Thursday, said the threat of Iranian ICBMs was still not imminent. “It will be a few years before Iran has ballistic missiles,” said the official.

Netanyahu told CBS that he was not worried that his warnings may sound too strident given the ongoing efforts by the United States and others to negotiate with Iran.

“The policy should be … not to let Iran wiggle away with a partial deal in which they make cosmetic concessions,” he said.

The interview was just one in a post-U.N. speech media blitz which also included NBC, BBC, CNN, Fox News, NPR and a speech before the Jewish Federations of North America.

Netanyahu added that the U.S. and Israel are consulting on how to ensure that Iran takes “verifiable and meaningful” steps toward dismantling their nuclear program.

Netanyahu said that he and President Barack Obama talked for three hours on Monday. When asked whether they were on the same page regarding Iran, Netanyahu replied, “it was an open conversation between open-minded people.”

He insisted that despite differences there had been no confrontation with Obama, and that Israel has no objection to trying the diplomatic route. “The question is, what is a deal that does it?” he said.

According to Netanyahu, there are “a lot of countries who are just waiting to lift the sanctions,” something that could make the whole sanctions structure collapse. He said the last thing that Israel, the U.S. or some “significant European countries” were interested in was to “let Iran wiggle away with a smile campaign.”

Netanyahu likened Iran, which he said is controlled by a “cult,” to a suicide bomber. “We’ve had a lot of them. The suicide bomber, as he’s driving on the way to board the bus, he obeys the traffic laws, he says the right things. Once he gets on the bus, bam.”

In an apparent reference to a New York Times editorial that vilified him as “eager for a fight” with Iran, and whose interference with the current diplomatic process could have “disastrous” consequences, Netanyahu told PBS, “I’d rather have bad press and no eulogies; better a bad press than a good eulogy.”

However, the data isn’t in yet on how much impact Netanyahu’s speeches and interviews this week have had on American public opinion.

A CNN/ORC poll conducted just prior to the current visit to the U.S. found that 75% of Americans favor a diplomatic solution with Iran, not military action.

Meanwhile, it was reported on Thursday night that a new poll shows that an overwhelming proportion of Israelis share Netanyahu’s fears that Iran is bent on acquiring nuclear weapons. Furthermore, according to the Midgam poll, some 64 percent of Israelis believe they will get the bomb. Only 21% think they won’t, and 15% had no opinion.

Asked if they believe the prime minister’s declaration that Israel would act alone if necessary, 49% said yes, 40% no, and 11% had no opinion.