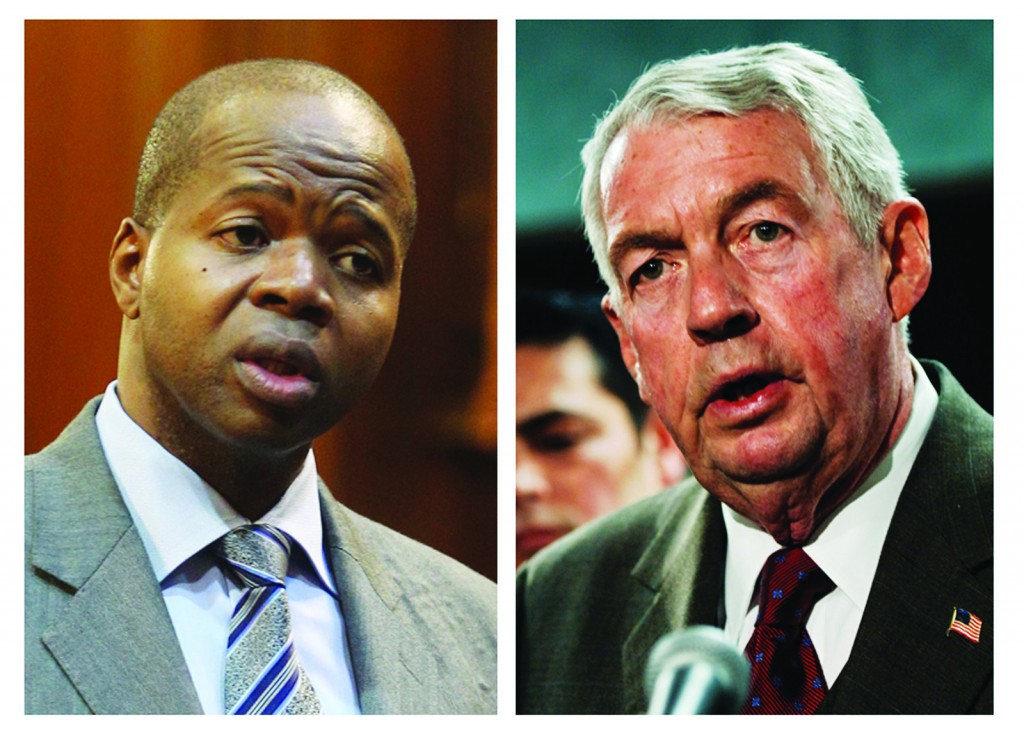 Acceding to a flurry of requests to remain in office after a trouncing in the Democratic primary, Brooklyn district attorney Charles Hynes will run for a seventh term on the Republican and Conservative party lines, where he has a much better chance of winning.

Sources told Hamodia that Hynes, who was defeated by challenger Kenneth Thompson in a low-attendance primary last month, was convinced to run again by an array of political and civic figures concerned over the direction Thompson indicated he would take the powerful office.

“The people of Brooklyn want him,” said Jerry Schmetterer, the new campaign spokesman, noting that only 12 percent of voters showed up in the primary. “It’s not a political decision. It’s a
public service decision.”

Thompson has said since his Sept. 10 victory that he wanted to turn the office into crime prevention, with an emphasis on civil rights — rhetoric police sources consider anti-cop. Additionally, some of his rumored hires are so controversial they have caused a mass exodus among the top district attorney staff.

Running in the general election has its pros and cons for the 78-year-old Hynes, who has been in office since 1990.

He is almost certain to sweep the small Republican voter base in the borough, and will likely boost Republican mayoral candidate Joe Lhota’s voter strength. Hynes lost the Democratic primary 55 percent to 44 percent fueled largely by the borough’s growing African-American population.

Rumors of a comeback began Tuesday night, when Hynes held a fundraiser in a Bay Ridge restaurant, where he raised about $150,000. An official announcement is expected sometime next week, Schmetterer said.

“People looked at his track record and his accomplishments,” state Sen. Martin Golden (R-Flatbush), who urged Hynes to keep running, told the Daily News. “It will be a competitive race, I believe.”

Difficulties in Hynes’s path would be the overwhelming majority Democrats have in Brooklyn, and the fact that he waited three weeks to announce that he was still in the race. Many groups have since publicly announced their support for Thompson, a former federal prosecutor, and Democrats held a “unity rally” for him earlier this week.

Thompson is also certain to use Hynes’s statement a day after losing the primary that he would retire. In addition, Hynes’s spokesman, George Artz, now works for Thompson.

“It’s sad that Mr. Hynes refuses to accept the will of the people, as he repeatedly pledged to do last month,” said Thompson spokesman James Freedland. “We are confident all of Brooklyn’s voters will render the same overwhelming verdict as they did in the primary.”

But Hynes is touting his managerial experience as his biggest asset in a potential campaign.

“What he’s doing is responding to the outpouring of support, both moral support and financial support, that he received after primary day,” Schmetterer said of Hynes. “Kenneth Thompson doesn’t have the experience and leadership abilities to continue that work.”