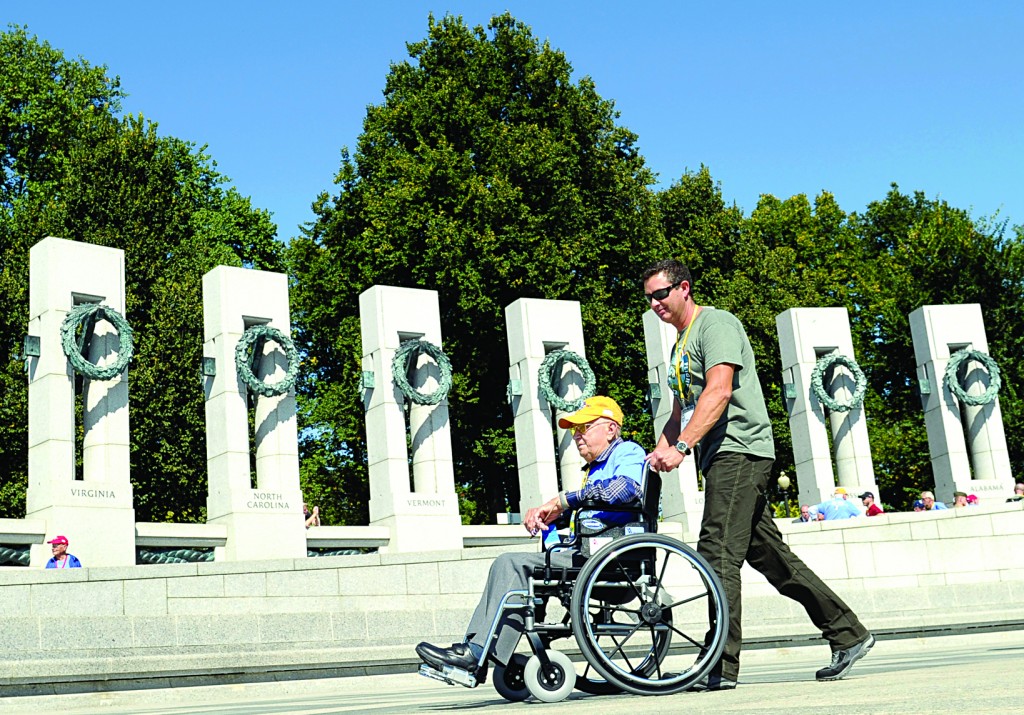 Veterans groups that planned trips to the World War II Memorial on the National Mall are being granted access despite the government shutdown, while the Republican National Committee offered Wednesday to pay for guards to keep the site open.

More than 125 World War II veterans from Mississippi and Iowa were initially kept out of the memorial Tuesday, but members of Congress intervened and helped push aside barriers to escort the veterans into the memorial.

Now the World War II Memorial has become a political symbol in the bitter fight between Republicans and Democrats.

The National Park Service has received offers from states, localities and businesses to pay for or provide support to reopen parks, said Jennifer Mummart, a spokeswoman for the agency’s National Capital Region.

“We have declined all of these offers because we are a national system operated by the National Park Service, which now … lacks funds for daily operations,” Mummart said. “So, while we appreciate the offers of support, they are not offers we can accept.”

The park service already made provisions Wednesday to allow veterans groups into the memorial during the government shutdown. Spokeswoman Carol Johnson said the Honor Flight Network, which brings World War II veterans to Washington, is being granted access to conduct First Amendment activities at the memorial.

“The National Park Service depends on congressional appropriations to stay open,” Johnson said. “Without staff or funding to ensure the safety of visitors, the security of the memorials, and the continued operation and maintenance of park facilities, the memorials on the National Mall … are closed.”