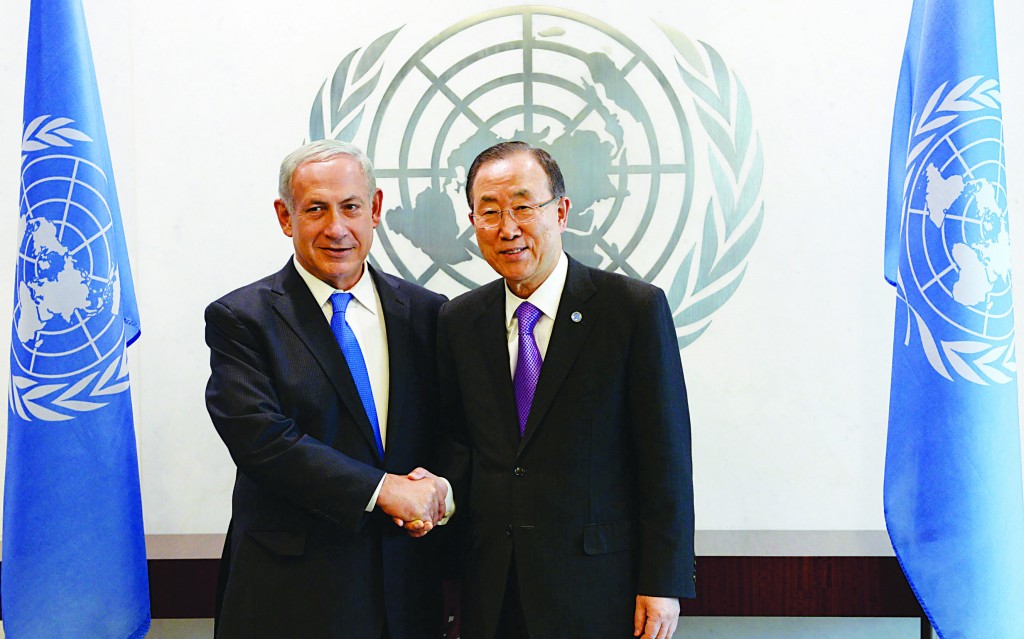 A day after Israeli Prime Minister Binyamin Netanyahu’s U.N. speech, proponents of pursuing a fast track to rapprochement with Iran seemed undeterred by his impassioned warnings about the duplicity of the regime’s new leader.

While White House Press Secretary Jay Carney conceded that Israel’s skepticism about Iranian intentions was “entirely justifiable,” he did not indicate any change in the administration’s intentions to follow through on what they view as a major diplomatic breakthrough.

“As the president has said, we understand, and it is entirely justifiable, that Israel is skeptical about Iran and Iran’s intentions. After all, this is a country whose leadership, until recently, was pledging to annihilate Israel. So their security concerns are understandable. Their skepticism is understandable,” Carney said.

But then he proceeded to reaffirm the diplomatic course. “We believe, and the president and the prime minister discussed this [on Monday], that we ought to pursue this diplomatic opening because the window of opportunity remains open. We’ve said all along that it won’t remain open forever, but this opportunity is here,” he said.

“We believe that the Iranian leadership has, very publicly … changed their approach to resolving this issue with the international community.”

Carney did emphasize, however, that Iran’s seriousness will be tested in the P5+1 negotiations as to whether “they meet all their obligations, and demonstrate in a convincing, verifiable, transparent way that they are not pursuing a nuclear weapon.”

While others were scrutinizing the Iranian overture, The New York Times chose instead to take aim at Netanyahu, saying in an editorial that he seemed “eager for a fight” with Iran.

“Mr. Netanyahu has legitimate reasons to be wary of any Iranian overtures … But it could be disastrous if Mr. Netanyahu and his supporters in Congress were so blinded by distrust of Iran that they exaggerate the threat, block President Obama from taking advantage of new diplomatic openings and sabotage the best chance to establish a new relationship since the 1979 Iranian revolution sent American-Iranian relations into the deep freeze,” the Times wrote.

It is worth noting that in his speech, Netanyahu stingingly quoted the Times, which welcomed the North Korean deal in 2005:  “For years now, foreign policy insiders have pointed to North Korea as the ultimate nightmare… a closed, hostile and paranoid dictatorship with an aggressive nuclear weapons program. Very few could envision a successful outcome. And yet North Korea agreed in principle this week to dismantle its nuclear weapons program, return to the NPT, abide by the treaty’s safeguards and admit international inspectors…. Diplomacy, it seems, does work after all.”

Predictably, the Iranians rejected the Israeli prime minister’s words. Iranian President Hassan Rouhani, who was the focus of Netanyahu’s address retorted with a boast, claiming that Israel’s military is a “sword” which has gone “blunt,” Iran’s Fars news agency reported. “Such remarks [made by Netanyahu] stem from desperation,” he added.

U.N. Secretary-General Ban Ki-moon told Netanyahu on Tuesday that Iran has opened a narrow window of opportunity to prove its nuclear program is operating for peaceful purposes, Israel Radio reported.

The two met following Netanyahu’s address to the General Assembly to discuss Iran, Syria and the Israeli-Palestinian peace talks, a statement from the U.N. chief’s office said.

At home in Israel, reactions were largely partisan, as government ministers supported their prime minister and opposition politicians opposed.

“The Iranian threat is ongoing, on a daily basis. Rouhani came with sweet talk, and unfortunately some elements in the West are tempted to go after their heart’s desire [and believe him]. Therefore, it is the prime minister of Israel’s obligation to present the accurate picture,” Yaalon said during a tour of a military exercise held by the Paratroopers Brigade on the Golan Heights.

“The prime minister removed Iran’s mask and cooled Rouhani’s niceness offensive,” said Deputy Minister Ophir Akunis (Likud). “This might have been the most important speech by Netanyahu in decades.”

Deputy Defense Minister Danny Danon likewise applauded the speech: “I think it said very clearly, we are not naive, not stupid, and we want to see action. But most importantly, that we will keep all options on the table, including military options.”

Opposition leader Shelly Yacimovich (Labor), who was speaking at a J Street conference in Washington, was critical, saying “the way to deal with Iran is to let the U.S. lead an international effort, not by emphasizing Israel’s isolation.”

She also expressed disappointment that Netanyahu didn’t seize the opportunity for a fresh initiative on the Palestinian issue.

Leftist J Street also said it was “a missed opportunity. Of its 33 minutes, he spent less than two minutes addressing the subject of peace with the Palestinians, as if to make it clear that peace is not a high priority for him.”

Meanwhile, Jewish Home MK Ayelet Shaked took Yacimovich and Gal-On to task for participating in the J Street gathering, noting the organization’s past opposition to  sanctions on Iran.