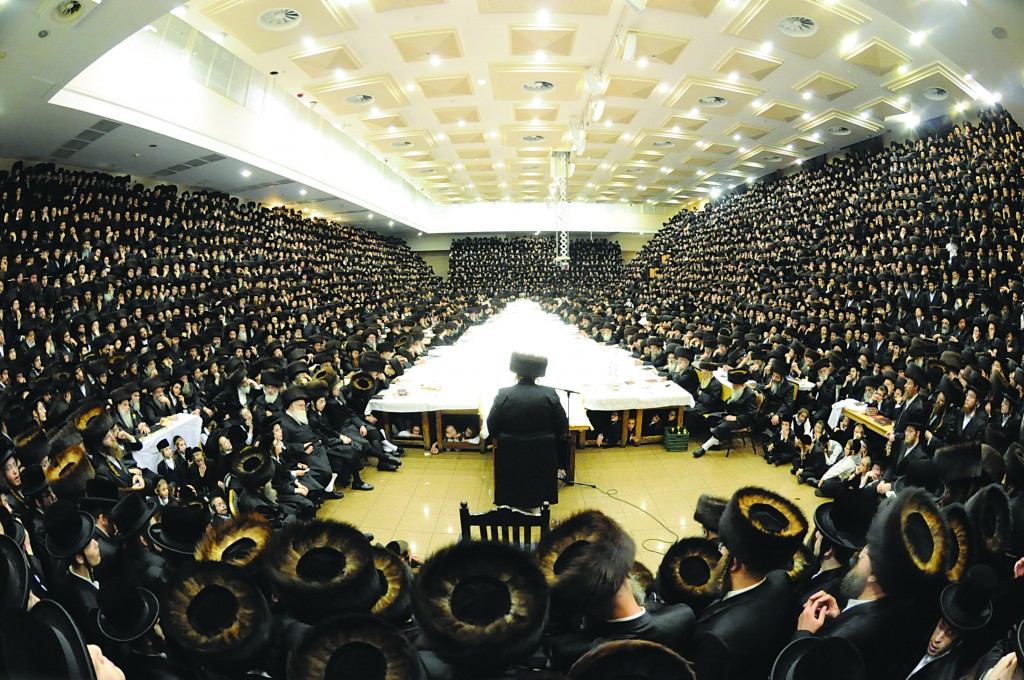 Every Motzoei Simchas Torah, the Belzer Rebbe, shlita, in keeping with the custom of his predecessors, delivers a message to his Chassidim and to Klal Yisrael. This year there was a palpable sense of urgency to his message, and it was directed to American Jewry. In riveting words that left his listeners spellbound, he said he wants American Jewry to understand that a war is being waged against Torah and the chareidim in Israel, and he called out for their help.

“In recent years … the government and the authorities have been helping and supporting Torah institutions and kollel students,” he said. “There were Torah leaders who said it was forbidden to receive monetary help from the nonreligious government, out of concern that someday it would begin to interfere with our education system.

“But my uncle, the Rebbe, zt”l, said it was permitted to take from them because since they take money from us, it was ours to begin with: They take taxes and property taxes from us, and then they return part of it to us…

“And because of this, we in Israel were accustomed to take government support in various ways, including the Torah institutions and the kollel students.

“I have to say to you that evil people have arisen and have targeted these funds. Our institutions have been severely affected, and so have our kollel students, who sit and toil in learning Torah.

“I want to ask each and every one of the American and European Jewry to help Torah institutions to the best of your ability so that they will be able to survive, because we are going through exceedingly difficult times…

“We need a big boost and major support from all of the good people who have helped until now. And now we need your help many times over.

“It seems to me, and this is what I have heard from people who have sent me reports, that the Diaspora community has not adequately understood this great crisis… I am certain that Hashem Yisborach won’t leave us and won’t forsake us and He will help us.

“I want to conclude, that just as Hashem Yisborach has helped us until now, He will continue to help us — He won’t leave us, and He won’t forsake us — and we will overcome all the difficulties, and Hashem Yisborach will bestow upon Am Yisrael brachah v’hatzlachah to everyone so that they will be able to help others.”

“As of this month, married students will now receive just NIS 279 while single students will get NIS 139, the Association of Yeshivot has said….

In addition to the cuts in support for Torah institutions and kollel students that the Rebbe referred to, the government cut child support allowances. The move was generally believed to be a means to target the chareidi and Arab communities, which have the highest birth rates in Israel.

A recent headline in the Israeli newspaper Haaretz stated: “Over 35,000 Israeli kids face poverty as allowances cut takes effect.” The report said: “[A]llowances for all children born from June 2003 onward will fall to NIS 140 a month, down from NIS 175-263 (the old rate depended on how many children a family had). This means a family with two children under 10 will lose NIS 1,900 a year…

“The National Insurance Institute opposed the cuts, warning that they will drive some 35,000 children into poverty and thereby increase the poverty rate among children from 36 to 40 percent.”