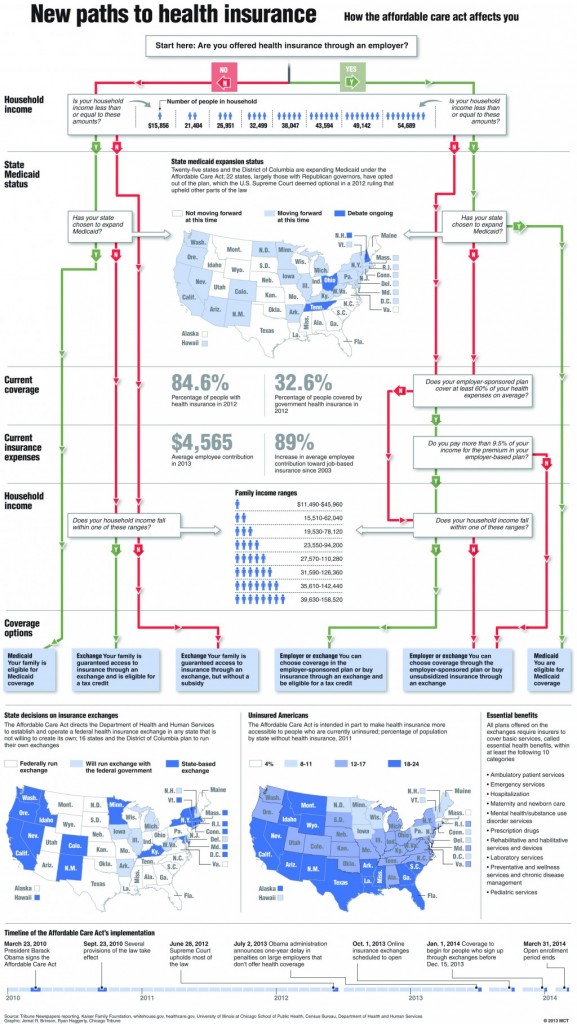 WASHINGTON (Reuters) -
Tuesday, October 1, 2013 at 11:39 pm | כ"ז תשרי תשע"ד
Technical glitches stalled Tuesday’s launch of new insurance exchanges at the heart of President Barack Obama’s healthcare reform law, a slow start that could fuel the political debate over providing millions of uninsured Americans with coverage.
The administration went ahead with opening day for a six-month enrollment period on the state marketplaces, or exchanges, despite a partial federal government shutdown precipitated by Republican

opposition to the healthcare law that deadlocked a spending bill in Congress.

The law, commonly known as Obamacare, will provide subsidized health insurance based on income through the new exchanges in 50 states and expand Medicaid coverage for the poor, representing the most ambitious U.S. social program since Medicare launched in the 1960s.

A U.S. government official said a federal system serving uninsured consumers in 36 states was functioning, but that a large volume of online traffic was causing problems loading pages. The official said the problems would be resolved within hours. The Department of Health and Human Services said more than 1 million people had visited the system’s website, HealthCare.gov, in the past day, a five-fold increase.

Checks by Reuters of the exchanges at midday turned up error messages or traffic overload notices for most of the federally-run exchange sites. One frequently observed glitch involved a page asking the user to answer security questions that either went blank or would not accept new data.

State-run exchanges were mixed, with users in Connecticut, Rhode Island and California able to create profiles. Maryland delayed its launch by four hours. When it when live, access stalled for some users. State call centers were inundated, with some reporting wait times of more than 30 minutes.

The administration had predicted hitches that could last weeks because of the challenge of building a massive technology infrastructure in a short time. Even before Tuesday’s launch, officials last week announced delays for exchanges geared toward Spanish speakers and small businesses.

Health and Human Services Secretary Kathleen Sebelius said in a statement that “today’s launch begins a new day when health care coverage will be more accessible and affordable than ever before.”

The snags are expected to contribute to a slow start to enrollment and will be a focus of the debate between Obama’s Democratic Party and the Republican Party over whether the 2010 Affordable Care Act will succeed.

Republicans in the U.S. House of Representatives have voted more than 40 times to repeal or delay it.

“It’s very significant for the political campaign but not for the enrollment campaign,” said Jon Kingsdale, the former head of the Massachusetts state health exchange, which opened in 2006 and became the model for Obamacare.

Kingsdale said that if the problems persist until November, “that is really a big problem.”

The sites will accept applications for the new plans until March 31 and are expected to sign up as many as 7 million people in their first year.

Bob Hanson, spokesman for the Kansas Insurance Department, said that state officials have warned people for weeks not to rush to try to sign up and allow time for bugs to be worked out.

“There are going to be glitches,” Hanson said. “We’re advising people to wait a week or two.”

Republicans have fought to delay or stop Obamacare, blaming its requirements for pushing up the cost of health insurance for business and individuals.

“What I want is to keep the government running and at the same time to deal with the harms, the millions of Americans who are … at risk of losing their healthcare, are facing skyrocketing insurance premiums,” Texas Senator Ted Cruz, who has been leading the charge among Republicans in Congress to defund the law, said in an interview with CNN.

An Ipsos poll conducted for Thomson Reuters from September 27 to October 1 showed that 56 percent opposed the 2010 law and 44 percent were in favor. In the poll of 2,242 respondents, only 11 percent said they “know a great deal” about the exchanges, shopping places for people to find out whether they qualify for federal subsidies. Forty-nine percent said they “know a little bit” and 39 percent nothing at all.

The marketplaces require health plans to provide a broad range of essential benefits that were not necessarily part of individual policies in the past, including mental health services. The coverage is linked to other insurance market reforms and new consumer safeguards, including a ban on discrimination based on gender and health history.

The law also mandates that Americans obtain insurance or pay a fine. Provisions that have taken effect since the law was passed three years ago have already prompted changes in the way insurance companies and hospitals do business, as they prepare for an influx of new insured members.