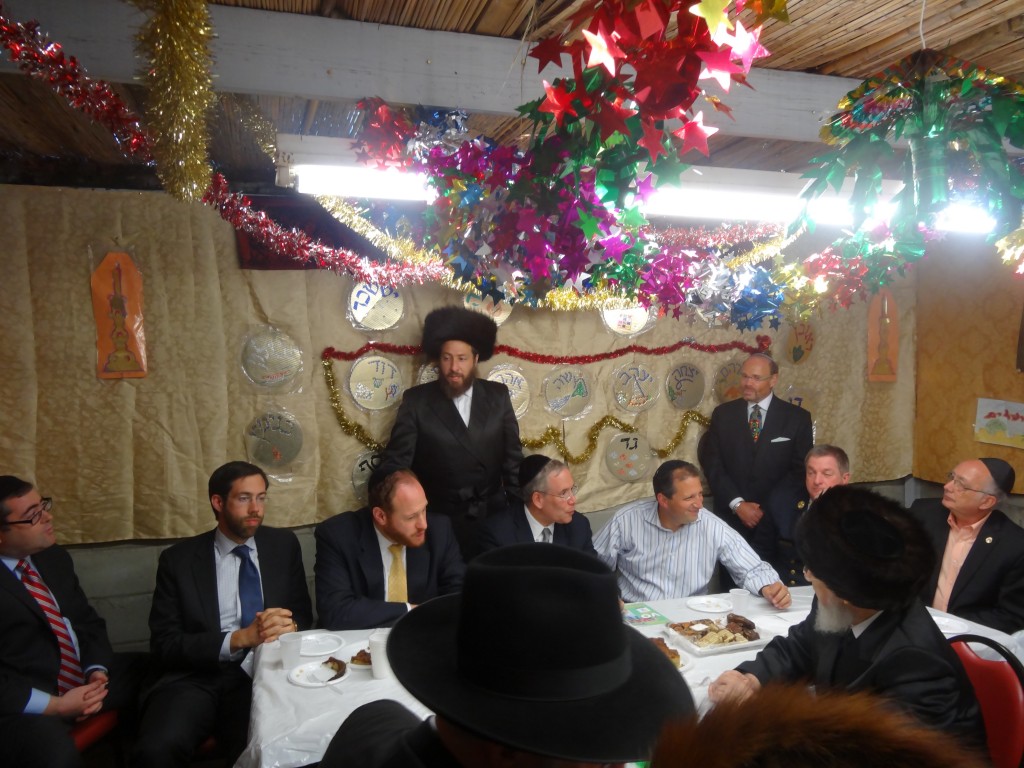 Bill de Blasio won the Democratic primary without the need for a runoff, election officials announced Friday, saying they have counted all the votes and have the public advocate leading with 40.81 percent. That exceeded the 40 percent threshold to avoid a runoff by about 5,600 votes.

The board’s announcement came four days before the potential runoff on Tuesday. Now, only one race will be on the ballot: the runoff for the Democratic nomination for public advocate between Councilwoman Letitia James and state Sen. Daniel Squadron. The winner will be the next public advocate, since there are no Republicans running.

In the Republican primary for mayor, the final results show Joe Lhota winning with 52.75 percent, followed by John Catsimatidis at 40.69 percent and George McDonald at 6.38 percent.

De Blasio Defends His Past

With the numbers confirming that he won the Democratic primary Sept. 10 without the need for a runoff, Bill de Blasio accepted a roster of endorsements the city’s public advocate craved in the past but was denied during the rocky road to his photo finish.

But past associations and statements are now focusing attention on earlier segments of his life. The New York Times discovered in de Blasio a long period of radicalism during the 1980s, as a staunch activist on behalf of the revolutionary Communist Sandinistas in Nicaragua.

“There’s no doubt that my opponent has a very, very — he calls it progressive — I call it a very radical view of the world,” Joe Lhota, the Republican mayoral candidate, said in one of a series of attacks on his opponent over the past two weeks.

The Times said that de Blasio had once described himself as an advocate of “democratic socialism.” Asked about the quote, de Blasio speed-walked away from a pack of reporters for about three blocks.

Behind by about 40 percentage points in the latest poll, Lhota hammered away at the revelation by demanding to know what de Blasio saw in communism decades after so many countries had turned away from the dogma.

“Bill de Blasio needs to explain himself — and explain himself now — to the hundreds of thousands of New Yorkers who escaped Marxist tyranny in Asia, Central America, and from behind the Iron Curtain in Eastern Europe,” Lhota said. “Mr. de Blasio’s involvement with the Sandinistas didn’t happen in 1917; it happened 70 years later when the cruelty and intrinsic failure of communism had become crystal clear to anyone with a modicum of reason. Mr. de Blasio’s class warfare strategy in New York City is directly out of the Marxist playbook. Now we know why.”

There have not been any polls out since the information became public so it is hard to tell how it impacted the race. But his opponent is drawing attention to it, as quoted by Politicker.

“Past is prologue. If you’ve done it before you’ll do it again,” Lhota said. “It’s about your inner core feelings. It’s about your personal philosophy. We need to understand how people think, especially if we’re going to put our children in their hands.”

“I’ve read lots of wonderful books of all different viewpoints,” de Blasio is quoted as saying in a New York Times article. “And I’ve been exceedingly consistent throughout my career. I am a progressive who believes in an activist approach to government. You can call it whatever … you want.”

He later added that he was “proud of the work I did related to Central America.” He initially denied describing himself as a democratic socialist, dismissing it as “someone’s notes.” But The Times said that the notes of his self-description are at New York University’s archives. And in an interview with WNYC, de Blasio admitted writing the phrase but said it wasn’t part of the mix of ideas which make up his philosophy.

“Yes, I did write that phrase on a piece of paper in 1990, but I always described my philosophy as being made up of a blend of influences and ideas,” de Blasio said. “I was surprised in the year 2013 to see in that newspaper that particular approach.”

Meanwhile, the Post reported that the leftist group ACORN has been planning de Blasio’s mayoral run for more than a decade.

“Without exaggeration, ACORN’s long-range plan since 2001 was to elect de Blasio mayor,” said a Democratic source. “De Blasio was a big ACORN project.”

Salgado Soldiering On With Third-Party Ticket

Erick Salgado’s mayoral bid received just 2 percent in the Democratic primary, but the Hispanic pastor is still convinced he could win the general election with Hispanic and Orthodox Jewish votes if he runs on a third-party ticket.

Salgado is now campaigning on the “School Choice Party” line, touting his conservative positions on morality and tuition relief for parochial schools as his main talking points.

Another candidate to remain in the race for the general election is Jimmy McMillan of the Rent is Too … High Party. McMillan’s initial filed signatures were invalidated by the Board of Elections on the grounds that they contained errors. McMillan filed a legal petition, and a judge agreed on Tuesday the mistakes weren’t catastrophic and he should be on the ballot.

Republican Joe Lhota’s requested five debates ahead of the general election on Nov. 5 — one in each borough, and Democrat Bill de Blasio agreed to participate in three mayoral debates over the next six weeks, all in Manhattan.

DA Hynes Decides Against Running as a Republican

District Attorney Charles Hynes is calling it quits after 23 years as Brooklyn’s top prosecutor, ending a rumor that he would run on an already-secured Republican line after losing the Democratic primary.

The New York Law Journal reported that Hynes will not re-contest his seventh re-election after losing to challenger Ken Thompson. Republicans worried about the direction Thompson will take the office pleaded with Hynes to reconsider his concession to Thompson and run in November on their party line.

But Hynes said that he was “flattered people are trying to persuade me, but they’ve been unpersuasive” and his decision was “very firm.”

Thompson, who is African-American, won 55 percent to 44 percent by capitalizing on Brooklyn’s growing black population and dissatisfaction with some of Hynes’s decisions among voters.

A whopping 25 percent of voters who backed Christine Quinn in the Sept. 10 Democratic primary, and 17 percent of Bill Thompson voters, said they plan on voting for Republican Joe Lhota, Crain’s New York reported.

Overall, 15 percent of Republicans plan on voting for de Blasio, while 11 percent of Democrats say they will support Lhota. Many supporters of Quinn are likely “Bloomberg Democrats” who want to continue the mayor’s policies.

Both Quinn and Thompson have endorsed de Blasio.

Noting the presence of Dante, de Blasio’s 15-year-old son whose ad some pundits credit with winning the election for his father, Obama quipped that he had “the same hairdo I had in 1978.”

“Although I have to confess my afro was never that good. It was a little imbalanced,” Obama added.

Obama introduced de Blasio as “next mayor of New York City,” who was “gave voice to the values that make us Democrats.”

Other high-profile endorsements garnered by de Blasio include former President Bill Clinton and former Secretary of State Hillary Clinton;  the latter of will host a fundraiser for him sometime next month. De Blasio managed Hillary Clinton’s successful 2000 bid for the U.S. Senate and worked in Bill Clinton’s administration.

The New York City’s teachers’ union, which supported Bill Thompson in the primary, endorsed de Blasio. The United Federation of Teachers initial snub was played down by de Blasio, who said they would stand “shoulder to shoulder” to improve schools.