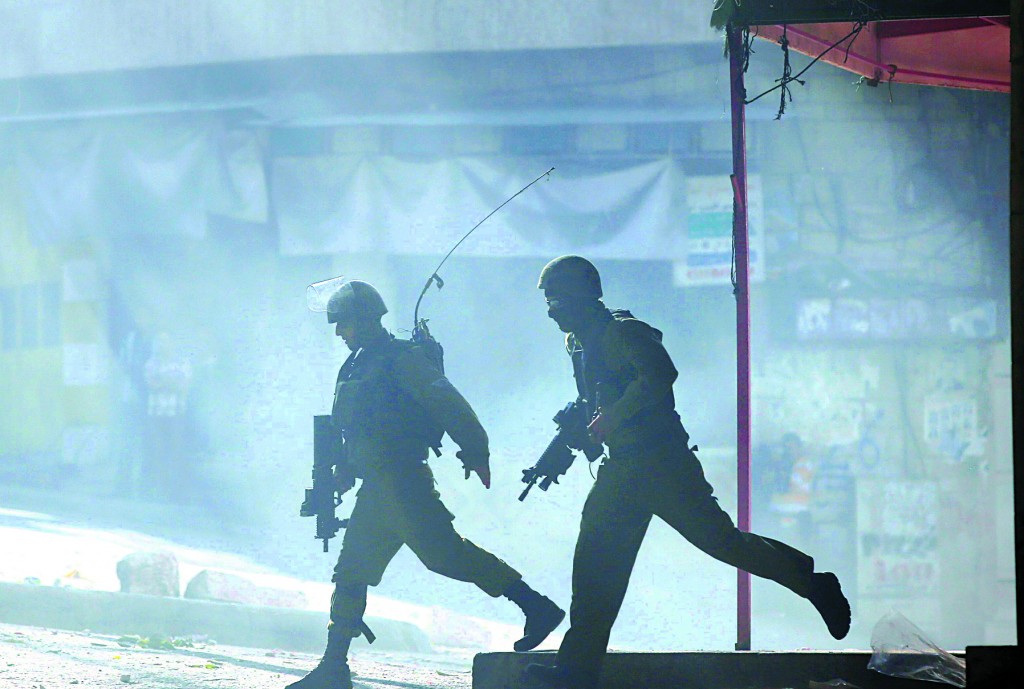 Israeli police clashed with Palestinian protesters in the Old City, Chevron and elsewhere in Yehudah and Shomron and Gaza on Friday during protests over a recent increase in Jewish visits to Har Habayis.

Palestinian terrorists and youth groups called for a general uprising, or third intifada, threats of which had surged and then receded earlier in the year. Friday marked the 13th anniversary of the second intifada.

Police threw stun grenades to disperse small crowds of youths outside the Old City walls, and dozens of protesters marched on a crossing between Israel and the Gaza Strip before being driven back by volleys of tear gas.

Protests also flared at an Israeli-manned checkpoint outside the northern city of Shechem and in Chevron, where a Palestinian sniper had shot dead an Israeli soldier the previous Sunday.

Witnesses reported several injuries in the clashes, and police said they had arrested 12 Palestinians in Yerushalayim for throwing stones at security forces.

In a security move meant to calm tensions, Israeli authorities restricted entry to the al-Aqsa Mosque for weekly Friday prayers to men over the age of 50.

“The uprising [in 2000] erupted when al-Aqsa mosque was stormed. [The Israelis] are now raiding al-Aqsa every day,” a senior official with Hamas, Mushir al-Masri, told thousands of supporters at a Gaza rally.

Palestinians burned effigies of Israeli leaders and set fire to three coffins, one bearing the words “Death to Israel.”

Despite al-Masri’s calls for a revolt, the protests within Hamas-controlled Gaza were low-key. There was also little sign of a major confrontation looming in Yehudah and Shomron, where Palestinian Authority President Mahmoud Abbas exercises partial rule.

In a speech at the United Nations on Thursday, Abbas made a public appeal for a halt to the al-Aqsa visits.

Allies of Israeli Prime Minister Binyamin Netanyahu have been among the most vocal advocates of Jewish prayer at the 35-acre site.