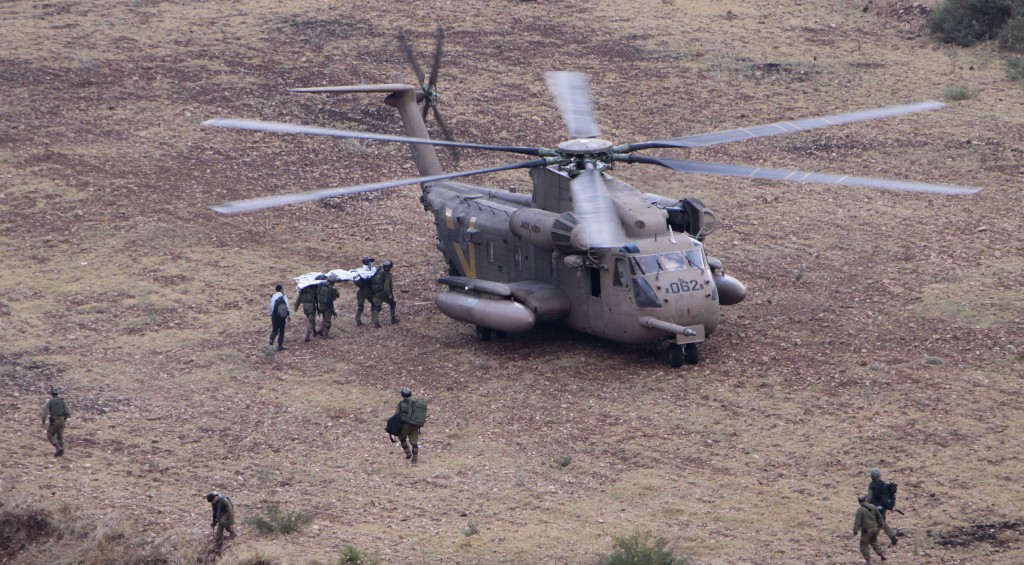 A Palestinian lured an Israeli soldier to a village in the West Bank and killed him with the intention of trading the body for his brother jailed for terror attacks, Israel’s intelligence agency said Saturday, in a slaying that casts another shadow on U.S.-mediated peace talks that restarted this summer.

The 20-year-old soldier was reported missing late Friday and Israeli forces began looking for him, the Shin Bet intelligence agency said. The search led the troops to Nidal Amar, a 42-year-old Palestinian from Beit Amin village near the city of Qalqiliya in the northern West Bank.

Amar was arrested and confessed to killing the soldier, whom he knew because they worked at the same restaurant in the coastal city of Bat Yam in central Israel, the agency said. The military identified the slain soldier as Sgt. Tomer Hazan, Hy”d, from Bat Yam.

According to Shin Bet, the Palestinian recounted how he had picked up Hazan in a taxi on Friday after convincing him to accept a ride. He took the Israeli to an open field, killed him and hid his body in a well, the agency said.

Shin Bet said Amar confessed to intending to trade Hazan’s body for another brother, in an Israeli jail since 2003 for his role in several terror attacks. He then showed the Israeli forces where the body was hidden.

The agency did not say how Amar convinced the soldier to join him on the ride Friday.

A senior military official said initial investigations suggested that Palestinian individuals planned the attack on their own, not on the orders of any terrorist groups. The official did not elaborate on who else may have been involved in the plot besides Amar. The jailed bother had been involved in shootings and bombings, the official said.

Hazan had a non-combat position in the air force and had an arrangement allowing him to hold a job outside the military – at the restaurant, where he knew the Palestinian, the official said. He was killed with a “cold weapon” – meaning, not a firearm – but the official would not disclose the exact weapon used. The official spoke on condition of anonymity because he was not authorized to talk to the media.

Such cases are rare, but it is not the first instance of Palestinians abducting Israeli soldiers, sometimes killing them afterward. The military has a long standing campaign warning soldiers not to accept rides from strangers.

In 2001, a Palestinian lured an Israeli teenage boy over the Internet to the West Bank where he was murdered by waiting Palestinian terrorists.

Yitzhak Ilan, a former deputy head of the Shin Bet, told channel 10 that by finding Hazan’s body quickly, a wider strategic incident was averted because it meant the soldier’s remains couldn’t be used as a bargaining chip, as in some past cases. Ilan said Israel has thwarted dozens of abduction attempts by Palestinians in recent years.

Military spokesman Lt. Col. Peter Lerner said the military will continue “to battle the agents of evil wherever they are” to safeguard Israelis, adding that Hazan’s killing “was a horrific terrorist attack carried out by one murderer trying to free another.”