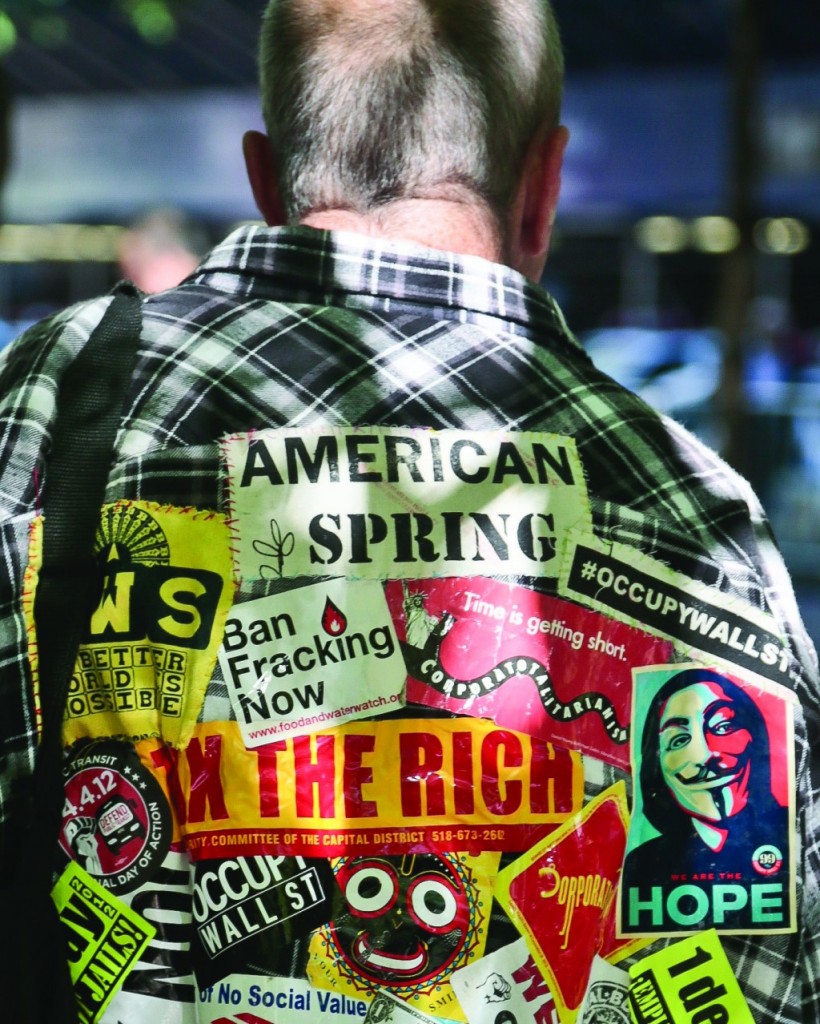 It has been two years since a disillusioned band of protesters first pitched tents in lower Manhattan, sparking the movement against corporate greed known as Occupy Wall Street that fizzled quickly into a rash of arrests.

On Tuesday morning, about 100 Occupiers returned to the small granite plaza near the New York Stock Exchange that once teemed with thousands of protesters. But this time around, the park was barely half full. Most of the granite benches were empty. The number of police officers and reporters nearly equaled the number of protesters.

An “assembly for the 99 percent” was held in the afternoon at Zuccotti, a nod to the massive general assembly meetings that were held on a daily basis at the height of the movement.

“We’re still out here fighting for economic justice. The bankers still have all the power,” Linnea Paton said. “They’ve bought our government and we need a people’s movement to do that, and the movement is still here.”

The movement has splintered since police raided the park in November 2011. Without leaders or specific demands, Occupy turned into an amorphous protest against everything wrong with the world.