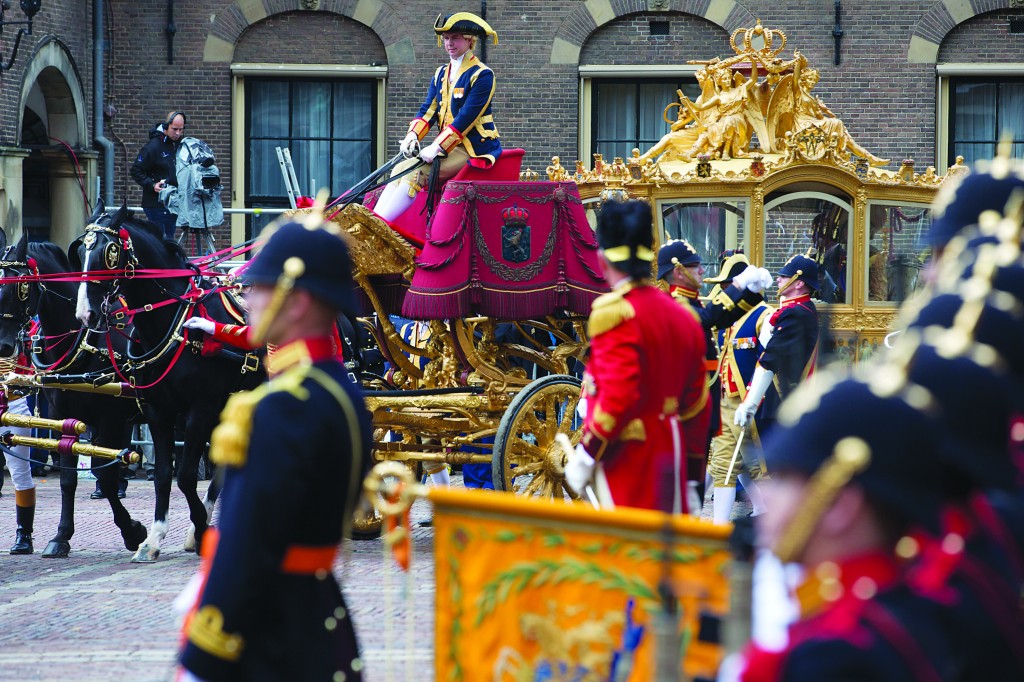 King Willem-Alexander delivered a message to the Dutch people from the government Tuesday in a nationally broadcast address: the welfare state of the 20th century is gone, replaced by a “participation society,” in which people take responsibility for their own future with less help from the government.

The king traveled past waving fans in an ornate horse-drawn carriage to the 13th-century Hall of Knights in The Hague for the monarch’s traditional annual address on the day the government presents its budget for the coming year. It was Willem-Alexander’s first appearance on the national stage since former Queen Beatrix abdicated in April and he ascended to the throne.

“The shift to a ‘participation society’ is especially visible in social security and long-term care,” the king said, reading out to lawmakers a speech written for him by Prime Minister Mark Rutte’s government.

Rutte may be hoping that the pomp and ceremony surrounding the king and his popular wife, Queen Maxima, will provide a diversion from the gloomy reality of a budget full of unpopular new cuts revealed later in the day.

A series of recent polls have shown that confidence in Rutte’s government is at a record low.