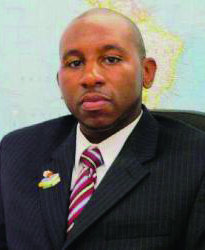 A city councilman called the authorities after turning down a cash bribe by businessmen seeking his influence on a liquor store license application. In a state where more than 30 officials have been charged in or linked to corruption cases in the last seven years, the announcement was refreshingly notable.

“Clearly, the good news is that there are public officials unwilling to sell their offices,” Department of Investigations Commissioner Rose Gill Hearn said, calling it the second time in four months a councilmember reported being offered a bribe.

The case, authorities said, stemmed from the businessmen’s persistent efforts to persuade City Councilman Donovan Richards to influence the State Liquor Authority regarding a liquor store license application Tarsem Singh filed in May. In a meeting to discuss his opposition to the liquor store captured on security camera, Richards is seen refusing cash. He then reported the incident to the DOI.

In two subsequent meetings at a Queens diner in June and September, the DOI said, the businessmen paid cash to a DOI investigator posing as Richards’ representative. In all, the undercover investigator was paid $1,400 with a promise of $1,100 more after a State Liquor Authority hearing.

“Call the Liquor Authority,” Davinder Singh allegedly texted the undercover after the second meeting earlier this month. “We are counting on you.”

Richards has been a councilman since February, when he won a special election. On Tuesday, he won a three-way Democratic primary for the seat.

“When I was elected, I promised my constituents that I would carry myself with the utmost integrity and that I would do whatever was needed to protect our quality of life,” Richards said. “May these arrests show those who seek to bribe public officials that our communities and children aren’t for sale.”